Soaring to the Skies Keeps this Doctor Firmly Grounded and Balanced 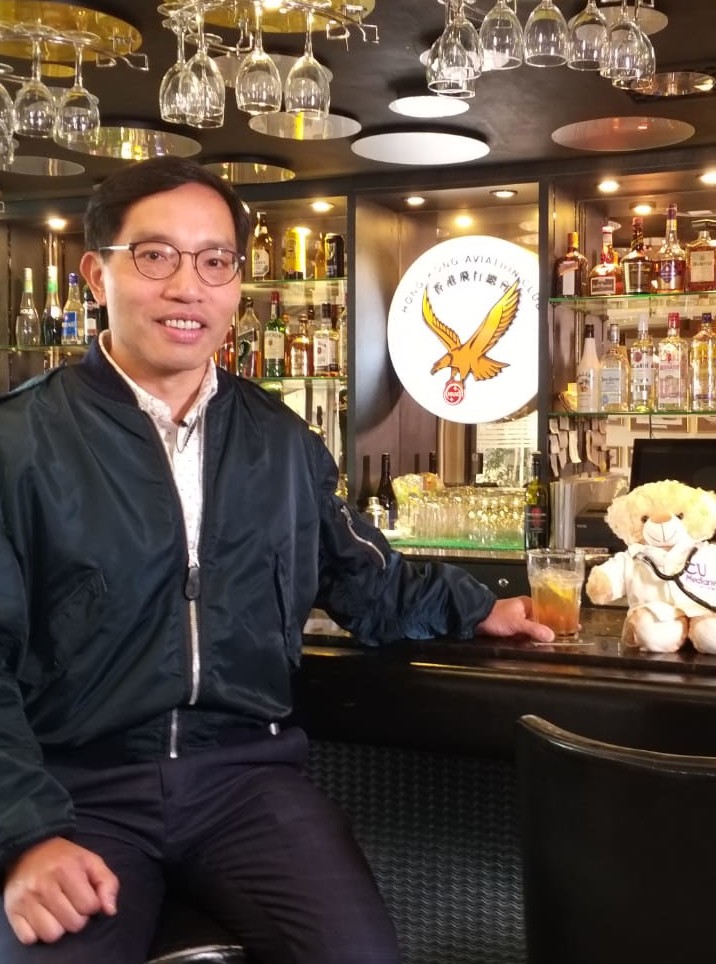 After flying, I always feel refreshed...the magic of work-life balance.

Soaring to the Skies Keeps this Doctor Firmly Grounded and Balanced

Nearly everyone dreams of flying but for many of us, it remains a pipe dream. But one doctor has proven that it does not have to be. For nearly 25 years, Dr. Ronald AU, has had the pleasure of being both a doctor and a pilot at the same time.

He says medical training and pilot training are “synergistic”. “Whatever elements I carry in my medical practice also apply to flying…discipline, accuracy, good planning, prioritisation of multiple tasks, situation awareness, knowing the limits and staying calm in an emergency.”

Fate led him to fly

Dr. AU works for the Centre for Health Protection’s TB and Chest Service as a Senior Medical and Health Officer. His journey of flying began “unintentionally.”

And as fate would have it, during his first posting as an intern, he met an aviator who was a nurse. “He became a professional pilot after completing his Private Pilot Licence (PPL) training in the Hong Kong Aviation Club.” His aviator friend proposed that he join the club as a flying member as well, and he did.

A year later, it was his turn to soar. He could barely contain his excitement when his instructor told him...“You have control.” He was flying a real aircraft - a Cessna 152!

He described the airborne experience as if he was a kid jumping into the sea without floaters for the first time. With his adrenaline pumping, he used excessive force on the controls. “My instructor told me to handle the aircraft like it was my girlfriend…gentle, smooth, and firm,” he laughingly recalls.

The day he was given the green light to fly solo, he felt his heart pounding and his palms getting very sweaty. “I took a deep breath and prayed…may God fly with me.”

The magic of work-life balance

When it was time to land, thoughts like “Can I get down in one piece?” crept in. But he needn’t have worried as he managed to land successfully. “I felt such joy and satisfaction. Afterwards, I rang the legendary ‘first solo bell’ and treated my club fellows to a round of drinks!”

Dr. AU takes to the skies around twice a month to keep up with his skills and proficiency, bump up his flight hours for the annual renewal of his licence and more importantly, to satisfy his passion for flying.“Even though it may be the same aircraft type and same airport after more than two decades, I still get very excited every time I go flying. And after flying, I always feel refreshed and balanced. For me, this is the magic of work-life balance.”