Five professors of the Faculty of Medicine, The Chinese University of Hong Kong (CUHK) have received the honour of being named in the list of “Highly Cited Researchers 2019” as among the world’s top researchers who have demonstrated significant and broad influence reflected in their publication of multiple papers, highly cited by fellow academics.

Professors listed in the “Highly Cited Researchers 2019” are as follows:

“Highly Cited Researchers 2019”, released by the Clarivate Analytics, identifies the most influential researchers as determined by their peers around the world. The honour is given to researchers who published a high number of papers that rank in the top 1% by citations in their respective fields of study and year of publication. The 2019 list includes 6,217 highly cited researchers in various fields from nearly 60 countries and regions, representing 0.1% of all professors and researchers worldwide. This is also the second year that cross-field researchers, with exceptional broad performance across several fields, have been identified.

For the full list of “Highly Cited Researchers 2019”, please refer to: https://recognition.webofsciencegroup.com/awards/highly-cited/2019/ 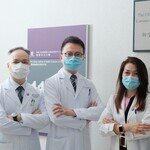 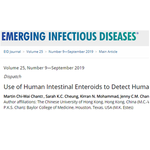