Members of an advisory panel formed during the preparation for the development of the multimedia educational programme. Meetings were held between the members to discuss how to make the programme more interesting, informative and culturally acceptable to South Asian women.

Regular cervical cancer screening is effective in reducing cancer risk by up to 95%. Ethnic minorities have much lower uptake rates than the general population. Our research identified barriers, such as limited awareness and accessibility, to cancer screening in South Asians (SAs), the largest minority group in Hong Kong and its neighbouring countries. In collaboration with community partners, we have developed and tested an IMPACT programme to improve SA women’s screening uptake.

A promotional booth was set up to promote the importance of participating in cervical cancer screening to South Asian women.

Health education programmes were delivered to local South Asians at a South Asian community centre to enhance their knowledge of cervical cancer screening.

Health information booklets were prepared as part of the materials used in the multimedia educational programme. These booklets were produced in four versions – English and three South Asian languages and were distributed within communities among South Asian women in Hong Kong.

In 2015-17, with the support of 54 non-governmental organisations (NGOs), we delivered IMPACT, the evidence-based multimedia intervention, in 11 out of 18 districts (>60%) in Hong Kong. Among the 1,061 SA women who received it, over 90% reported it had enhanced their knowledge and awareness of cervical cancer screening and prevention, accessibility to disease information/screening services, and self-efficacy in undertaking such screening. The programme’s reach to the local population, particularly different groups of ethnic minorities, has expanded further via our website named ‘Say “No” to Chronic Diseases’ which was established in July 2018 with its hyperlink added in more than 10 community partners’ websites or social media.

Several local South Asians are undertaking training for them to become competent to act as a community health worker. The training aims to enhance their knowledge of cervical cancer and its preventive measures.

One of the pages of our developed website: Say ‘No’ to Chronic Diseases. This website aims to disseminate health information on the strategies in preventing chronic diseases including cervical cancer.

Hong Kong has six non-government organisations (NGOs) providing supportive programmes for various ethnic minorities. Our team has trained up six community health workers in four partner NGOs who successfully facilitated over 200 SA women to take part in the cervical cancer screening test. Due to the success of this CHW-led training programme, all the four partner NGOs agreed to engage the trained CHWs in organising activities quarterly to promote cervical cancer screening to their members. The other two NGOs agreed to nominate their staff to attend CHW training.

The IMPACT programme has successfully been adopted outside Hong Kong and in less developed Asian countries such as Nepal. With the support from the Asian College for Advance Studies, affiliated to Purbhanchal University and the Nobel College, affiliated to Pokhara University, the project team reached out in February 2019 to educate 300 healthcare providers, nursing students and educators who take a vital role in educating the public about the importance of cervical cancer screening. The Government of Nepal has recognised our expertise and fully supports us to implement the IMPACT programme to women in the rural area.

The project team with faculty members and nursing students from the Nobel College, Nepal

The project team with the delegates after the seminar hosted by the Asian College for Advance Studies, Nepal

The project team met Mr. Nanda Kishor Pun, the Vice President of Nepal, in his residence

During the Nepal trip, the project team was interviewed by Mr. Krishna Subedi, the radio presenter of Image FM 97.9 in Nepal 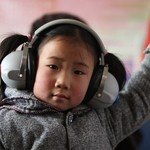 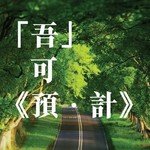