Professor Tony Shu Kam MOK, Chairman of the Department of Clinical Oncology and Li Shu Fan Medical Foundation Professor of Clinical Oncology of the Faculty of Medicine at The Chinese University of Hong Kong (CU Medicine), has been named a Giant of Cancer Care by OncLive®, a leading multimedia cancer resource in the United States, recognising his contribution and leadership in research and clinical for lung cancer, making remarkable differences in the global cancer care landscape.

Professor Mok is among 15 world renowned leaders in the field of oncology on the list of 2020 Giants of Cancer Care® Award.  They were selected out of 800 nominations by a selection committee of more than 120 eminent oncologists, researchers and clinicians.   The members of the 2020 class of Giants of Cancer Care® are those who have made remarkable differences in the cancer care landscape and advance the field of oncology with their contributions in research and clinical practice in several types of tumor and specialty categories.

Professor Mok is among the first from Asia to receive this prestigious international award and is the first and only scholar from an Asian institution being listed. 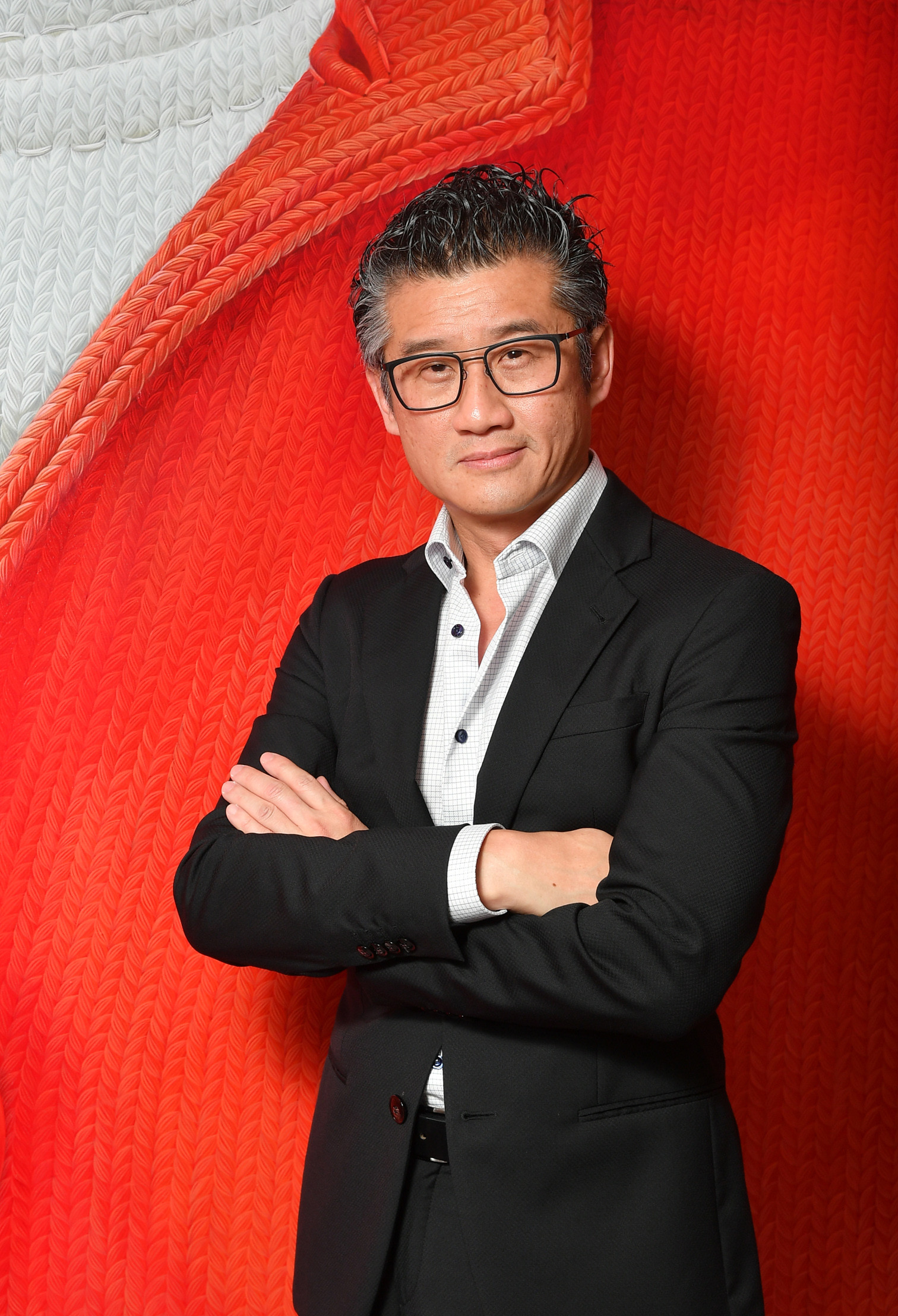 I am most grateful and humbled to be inducted the 2020 class of Giants of Cancer Care® with some of the world’s most eminent oncologists. I would like to express my heartfelt gratitude to all my local and global collaborators for their selfless support over the years. From precision medicine to immunotherapy, and most recently the exploration of CRISPR technology in treating the disease, together we overcame many hurdles and succeeded in advancing lung cancer care.  We shall never stop our war against lung cancer,

Trained in Canada, Professor Mok returned to Hong Kong and joined CU Medicine in 1996. His work encompasses clinical research on oncogene driven lung cancer and the application of immunotherapy. Much of his research has shifted the treatment paradigm and defined the current management of lung cancer.

Shifted the Treatment Paradigm and Redefined the Management of Lung Cancer

In the past, the only treatment for advanced lung cancer was chemotherapy and median survival was less than a year.

In 2009, Professor Mok published the IRESSA Pan-Asia Study (IPASS), which is a landmark study that established for the first-time targeted therapy as the first-line treatment in adenocarcinoma patients harbouring epidermal growth factor receptor (EGFR) mutation. It proved that targeted therapy in non-smoking Asian adenocarcinoma patients has a higher efficacy than the conventional intravenous chemotherapy. Furthermore, in 2014, Professor Mok published another study proving that molecular targeted therapy is superior to standard first-line chemotherapy in ALK-positive lung cancer patients.  Now selective patients with driver oncogenes may survive beyond 3 to 5 years.

The major breakthroughs in the clinical studies led by Professor Mok have defined a new treatment paradigm for mutated lung cancer. Currently, doctors will check for EGFR or ALK mutation before prescribing a customised treatment plan. For patients with EGFR mutation or who are ALK-positive, targeted therapy will be the standard first-line treatment. This puts personalised medicine into practice which helps cancer patients live better and for longer.

However, when EGFR mutation is being targeted by the therapeutic agent, cancer cells will further mutate, and a new driver oncogene will emerge. This is why patients with EGFR mutation develop resistance after first-line targeted therapy. Professor Mok’s research highlights the need for patients to be continuously monitored on how cancer evolves in their bodies. Once the disease progresses on first-line treatment, further mutation tests should be considered to customise the treatment.

Breakthrough in Immunotherapy and Gene-edit Therapy for Lung Cancer

Professor Mok has led multiple multinational studies and contributed to over 250 articles in prestigious international journals, including The New England Journal of Medicine (NEJM), The Lancet and Nature Medicine. He helped to transform the treatment practice for patients whose cancer genes further mutate and develop resistance after first-line EGFR targeted therapy and this landmark study was selected as one of the ten most “Notable Articles of 2017” by the NEJM.

His work was recognised by numerous awards including Addario Lectureship Award from Bonnie J Addario Lung Cancer Foundation in 2013, Fellowship of the American Society of Clinical Oncology (FASCO) in 2017, Paul Bunn Jr Scientific Award in 2017 and the European Society for Medical Oncology (ESMO) Lifetime Achievement Award in 2018.

About Giants of Cancer Care®

Giants of Cancer Care® is a recognition programme under OncLive®, a leading multimedia resource in the United States that provides oncology professionals with relevant, insightful information on patient care. The annual programme since 2013 celebrates the achievements of leading researchers and educators whose discoveries have helped propel the field of oncology forward and established the building blocks for future advances. Every year, a selection committee of more than 120 eminent oncologists, researchers and clinicians chooses honorees from several types of tumour and specialty categories. 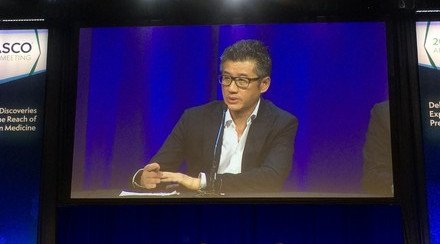 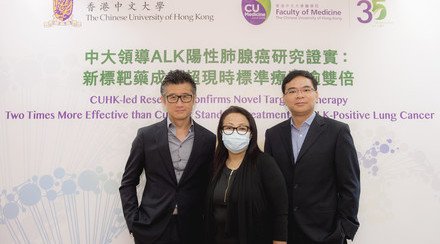 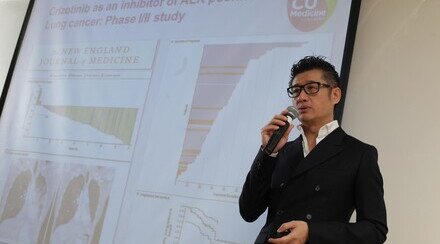 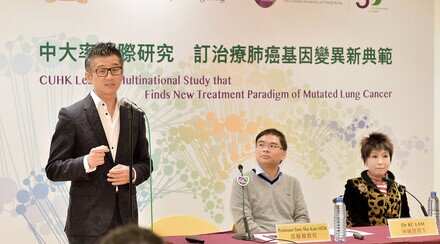 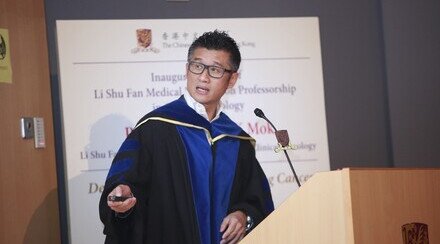 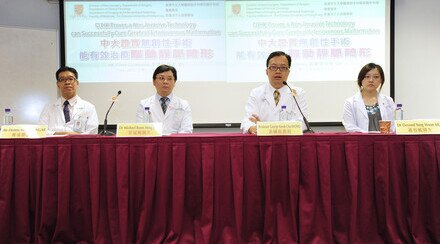 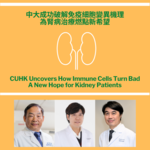 NEXT
Results of the First 3,500 Participants of the CUHK Jockey Club Multi-Cancer Prevention Programme Demonstrate that “One-stop Multi-Cancer Screening” is Effective 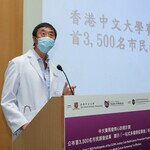