In view of the rising concerns on the Ebola outbreak around the globe, the Centre for Global Health (CGH) of the Jockey Club School of Public Health and Primary Care, The Chinese University of Hong Kong (CUHK) has invited Minister of Health from South Africa to host a lecture on the insights of the preventive measures taken. The recent outbreak of the fatal Ebola viral disease in multiple countries of West Africa has greatly threatened the lives of many. According to the World Health Organization, the recent Ebola outbreak is the largest, most complex and most severe in history with about 4,269 cases and 2,288 deaths reported by 8 September 2014, and the fatality rate is over 50%.

As of this moment, there has been no reported case of Ebola viral disease (EVC) in South Africa. In the lecture, Dr. Pakishe Aaron Motsoaledi, Minister of Health of Republic of South Africa, not only provided in-depth information and analysis regarding the situation of the Ebola epidemic, its spread and the preventative measures in West Africa, but also addressed the indirect impact of Ebola on South Africa and the African continent as a whole. The lecture, organized by the Centre for Global Health (CGH) of the Jockey Club School of Public Health and Primary Care, CUHK, was well-attended by over 150 participants, including representatives from South African Consulate General, Spanish Consulate General, Department of Health and Hospital Authority, as well as scholars, researchers, and professionals from the field of public health.

According to Minister Motsoaledi, “Ebola disease is a Viral Haemorrhagic Fever (VHF) which can be characterized by three main symptoms, including fever, flu-like symptoms and haemorrhage in various body parts”. There are three types of VHFs, among which the Ebola viral disease (EVD) is the most deadly one. However, he pointed out that unlike tuberculosis and influenza which can be transmitted through air, EVD is a non-airborne disease transmitted through direct contact with body fluid (including semen). In exceptional cases, it can be transmitted via sweat. The incubation period of EVD ranges from 2 to 21 days after contracting the disease.

Ebola was first reported in Democratic Republic of Congo in 1976, and the outbreak disappeared for a while during 1980-1993. Ebola cases and deaths were reported on and off from 1994 to 2013.  Usually, the outbreak regions were in the rural areas where people have insufficient awareness of the disease and lack preventive measures and equipment.

Facing the battle against the deadly EVD, the South African government has coordinated at both national and provincial levels. Regular meetings are convened at the national level to monitor the EVD outbreak and preparedness measures. Various preventive measures have been implemented, such as (1) circulation of clear guidelines and alerts with case definitions to all public and private stakeholders, (2) strengthened surveillance for VHF in particular EVD at ports of entry, (3) alert mechanism for any patients who travel to VHF risk areas, and (4) screening of medical transfer into the country. In South Africa, there are 11 designated hospitals equipped with proper personal protective equipment for managing Ebola cases. The South African Military Health Services are ready to contribute equipment and personnel to evacuate, isolate and transport patients during emergency. Additional preventive trainings were conducted with a variety of local to national stakeholders throughout August. Focus has also been given to enhance public awareness and promote community participation.

According to Minister Motsoaledi, among various causes for the recent outbreak (such as socio-political, cultural, accessibility and health reasons), the local custom of touching the dead bodies as a gesture of respect and the common practice of consuming wild animals may be two of the major reasons for Ebola disease to spread so rapidly. Minister Motsoaledi recommended that governments should take proper preventive measures to reduce the risk and spread of Ebola disease. 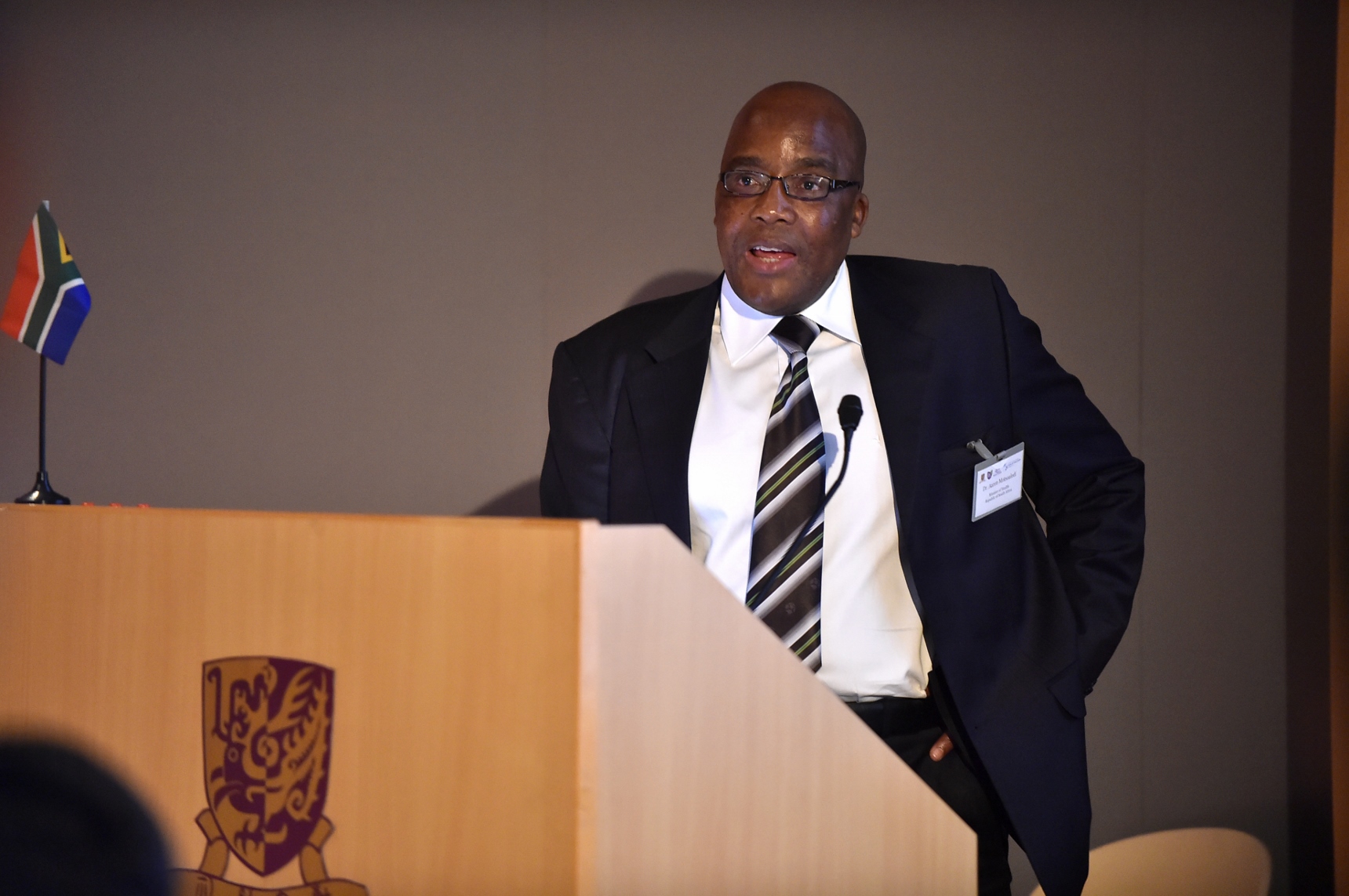 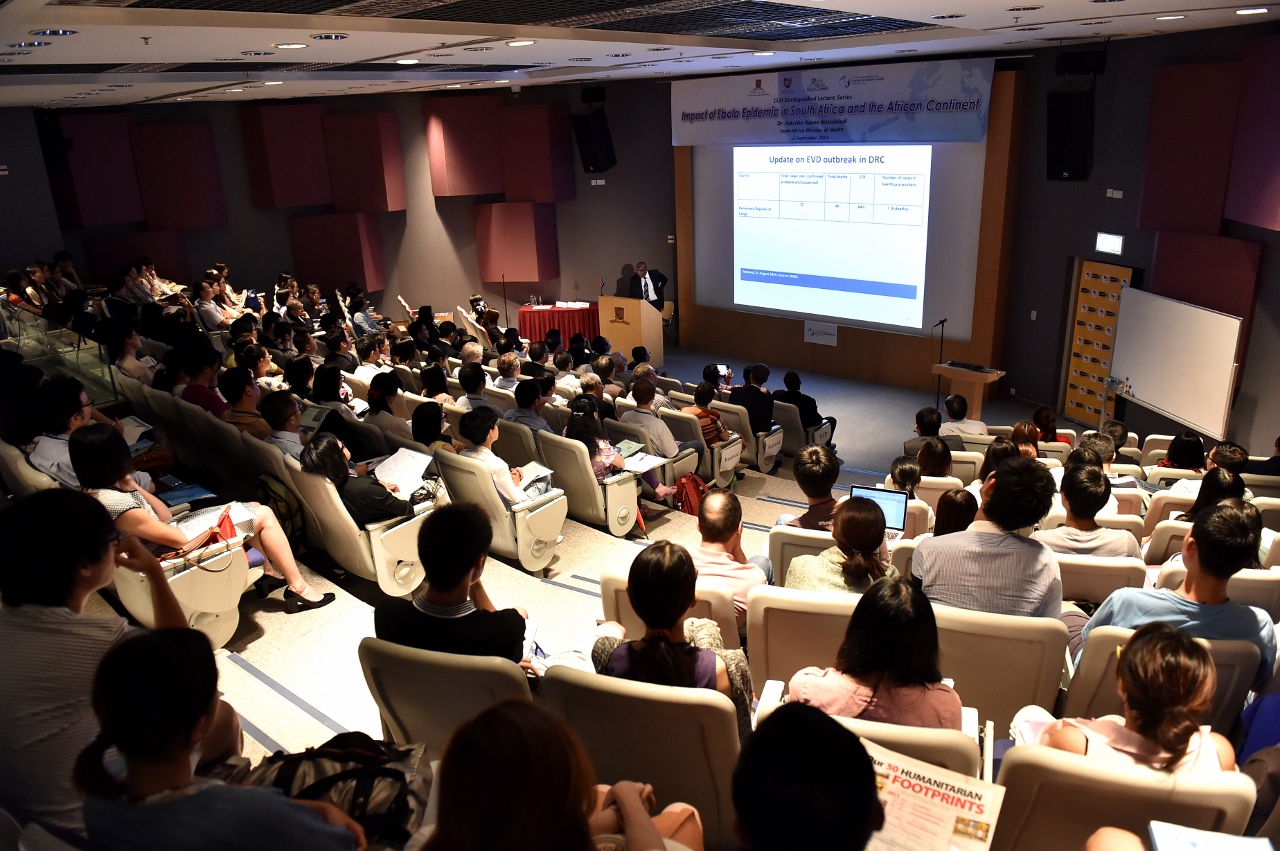 Over 150 guests from the field of public health participate in the lecture. 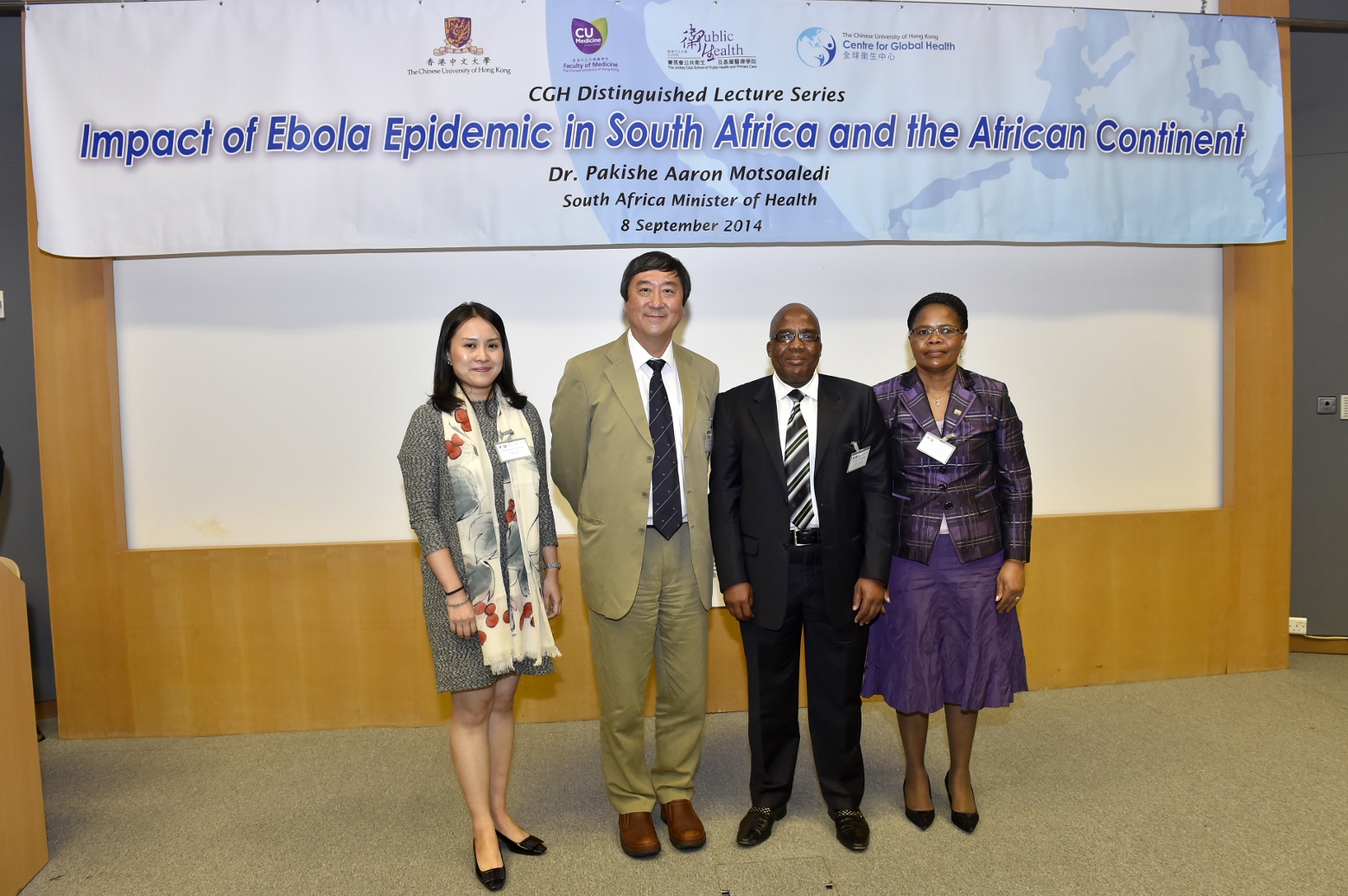 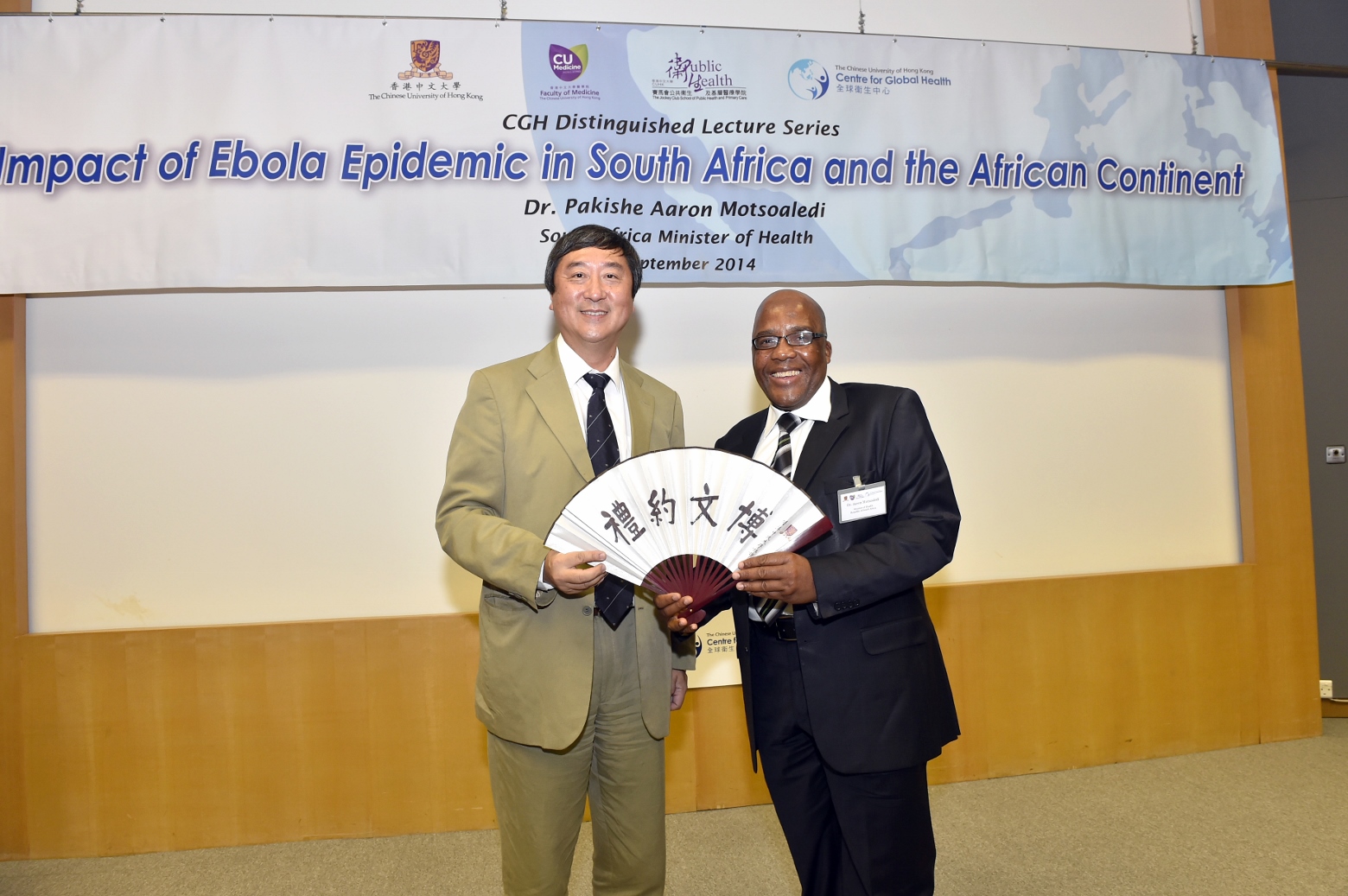 Back to Listing page
PREVIOUS
Faculty of Medicine, The Chinese University of Hong Kong Position Statement on Class Boycott 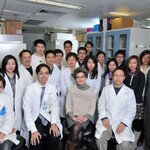