Professor Dennis Yuk Ming LO and Professor Rossa Wai Kwun CHIU from the Faculty of Medicine at The Chinese University of Hong Kong (CUHK) have been named the “Top 20 Translational Researchers of 2018” by the world-renowned scientific journal Nature Biotechnology.They are the only Hong Kong scientists on the list and it is the third consecutive year for Professor Lo to receive this honour.

The two professors received the honour for their achievements in the areas of cancer and fetal diagnostics. Nature Biotechnology ranked the top translational researchers in biotech based on the number of patents granted in 2018, the researcher’s top-cited patents over the past five years, and the citation scores of their publications (H-index) as the indicators of how their biomedical research results have been effectively translated into clinical applications, being appreciated as Translational Research. 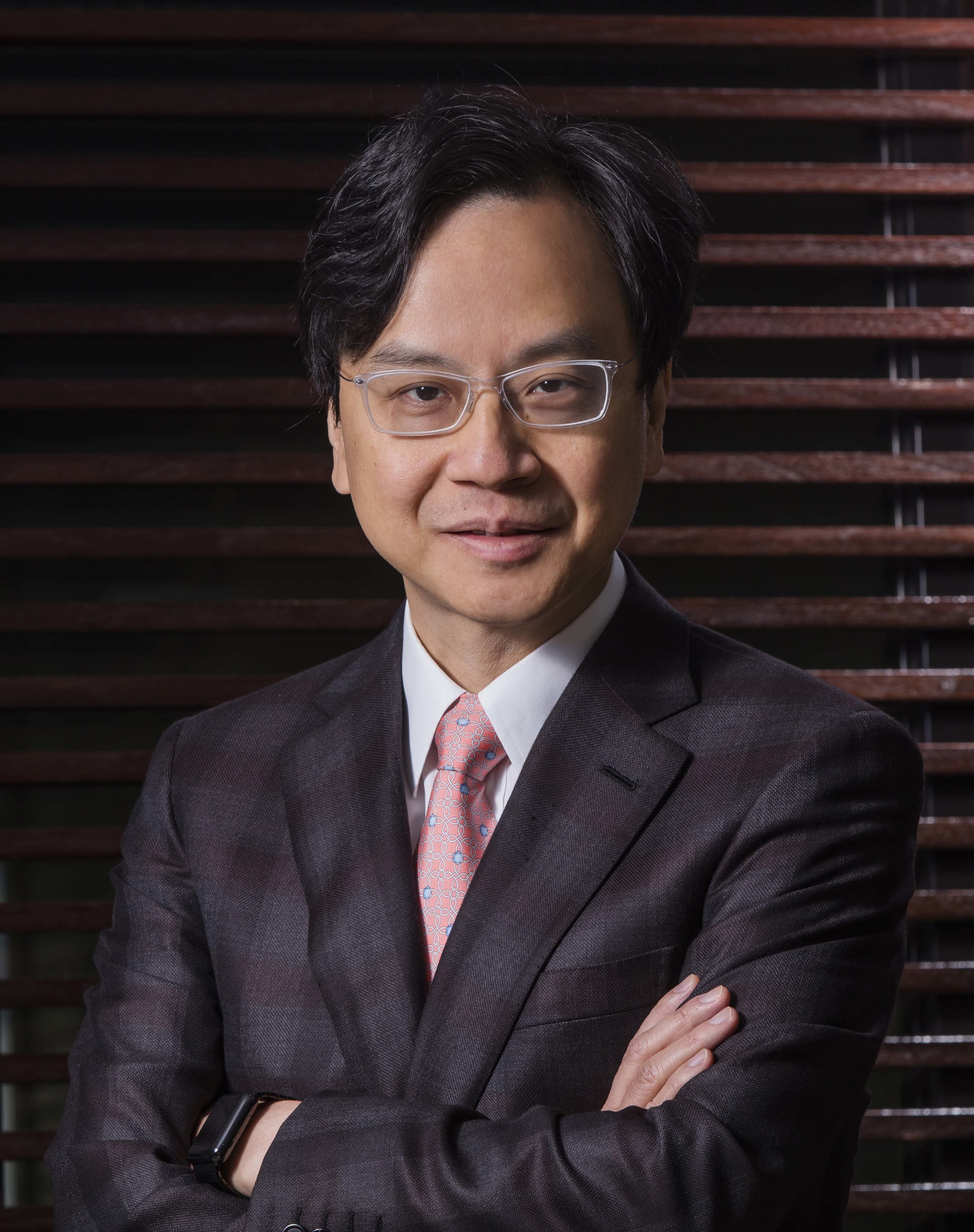 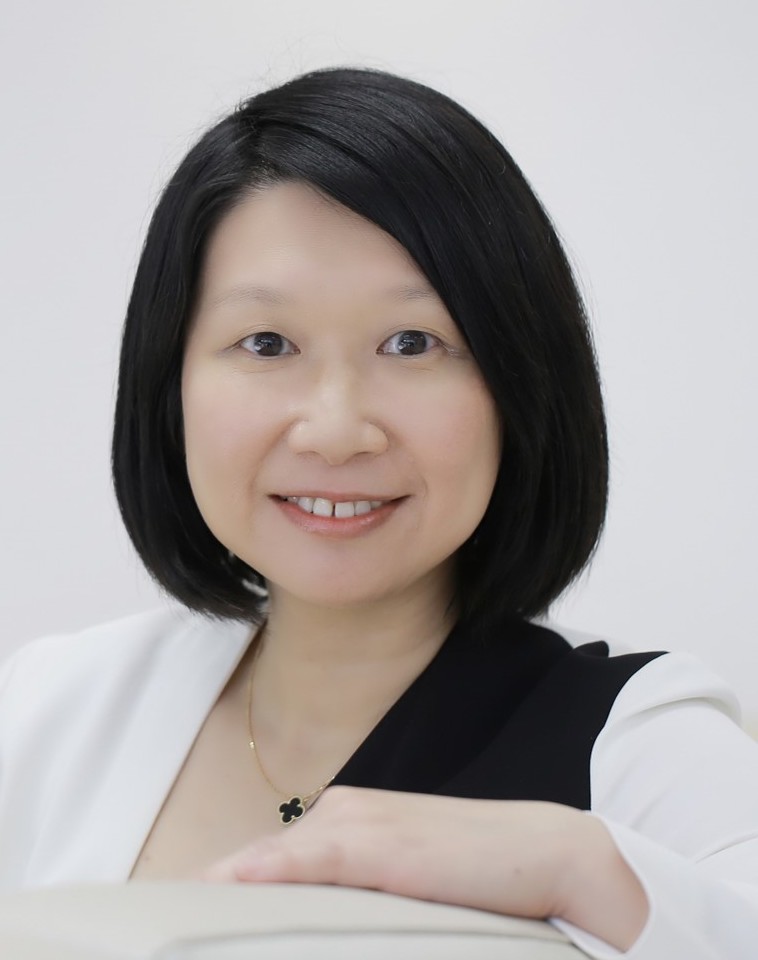 Known as ‘the Father of Non-invasive Prenatal Test’, Professor Dennis LO is Director of the Li Ka Shing Institute of Health Sciences, Associate Dean (Research) and Chairman of the Department of Chemical Pathology of the Faculty of Medicine at CUHK. Professor Lo joined CUHK in 1997 and reported the presence of cell-free fetal DNA in maternal plasma in the same year. He and his colleagues have been instrumental in making non-invasive DNA-based prenatal testing a clinical reality. The non-invasive prenatal test for Down syndrome developed by the team has been widely regarded as a significant breakthrough in the global scientific community. The test has been widely adopted in over 90 countries and used by millions of pregnant women globally.

Professor Rossa CHIU, also from the Department of Chemical Pathology of the Faculty of Medicine at CUHK, is currently Associate Dean (Development) of the Faculty and Choh-Ming Li Professor of Chemical Pathology. Professor Chiu has made significant contributions to the development of non-invasive prenatal diagnosis and successfully applied DNA sequencing technology for cancer detection with Professor Lo. The latest blood test developed can non-invasively map out multiple types of aberrations in a cancer genome. The ultimate goal of the research is to enable early cancer detection and treatment.

For the professors’ work on fetal diagnostics, Nature Biotechnology highlighted their work on the development of new class of prenatal diagnostic markers that are based on DNA methylation. DNA methylation refers to a type of biochemical change of DNA that allows one to trace the tissue of origin of a DNA molecule. Such tracing would help one identify if a DNA molecule is coming from the fetus or the mother.

Based on the above achievements, Professor Lo and Professor Chiu have been listed in the “Top 20 Translational Researchers” recently by the authoritative scientific journal Nature Biotechnology, and this is the third time that Professor Lo has received the honour. Other named scholars include translational researchers from renowned institutions in the US, Germany, Belgium and Macau, such as Massachusetts Institute of Technology (MIT), University of Pennsylvania and Harvard University.

Professor Dennis LO felt most honoured for being named the third time and said, “Being named a top translational researcher three years in a row is a tremendous recognition and encouragement to me and my team from Nature Biotechnology. Non-invasive prenatal diagnostic testing has already become a regular practice in clinics and we look forward to seeing the use of plasma DNA screening for cancer becoming popular and benefiting more in need. We want to show that Hong Kong’s scientific research and technology can make a difference to the global medical community, pregnant women and cancer patients.”

Professor Rossa CHIU said, “Nature Biotechnology is a prestigious international journal and I am very grateful to be selected as one of the top translational researchers. Starting off from developing a non-invasive prenatal test for Down syndrome, to applying the technology onto cancer screening for early diagnosis, our team hopes that the technology can be further applied to other areas and benefit more patients.” 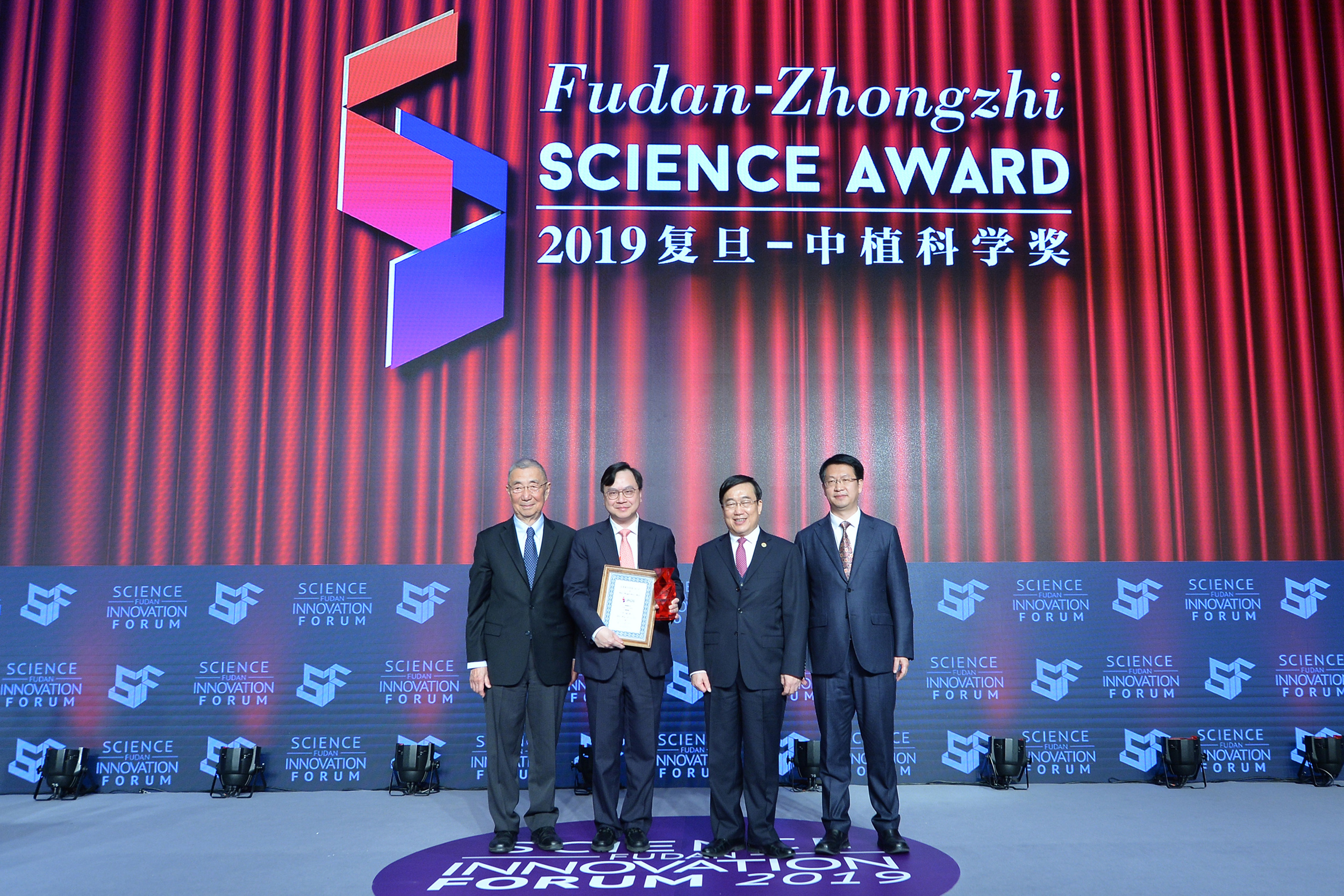 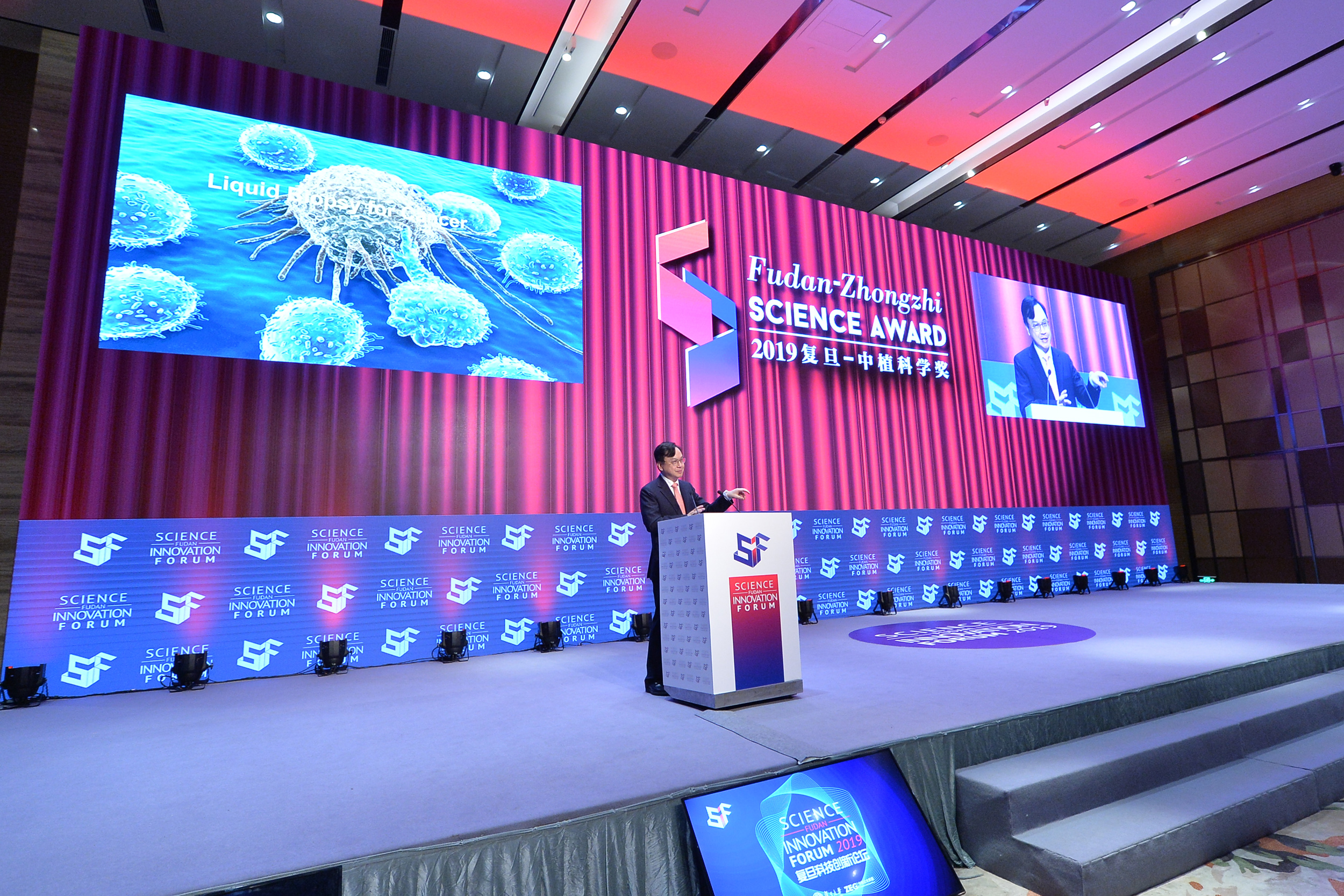 Professor Lo made a presentation titled “From Non-Invasive Prenatal Testing to Cancer Screening, and Beyond” at the prize presentation ceremony.

In addition, Professor Lo has recently received the Fudan-Zhongzhi Science Award for his “remarkable contributions to Non-invasive Prenatal Testing benefiting the health of mothers and infants, for fundamental research on cell-free DNA molecules, and for leadership in the development of new diagnostic testing to detect circulating tumor DNA allowing cancer diagnosis in pre-symptomatic patients”.

The Fudan-Zhongzhi Science Award was founded in 2015 in recognition of scientists from around the world who have made fundamental and groundbreaking achievements in biomedicine, physics and mathematics. The Award is alternated every three years in these three fields and accepts global nomination.  This year marks the Award’s fourth year, and the awardees in 2016 and 2017 received Nobel Prizes after winning this Award.

Professor Lo is the first Chinese recipient of the Fudan-Zhongzhi Science Award and the second award given in the field of biomedicine.

Professor Lo remarked, “I would like to express my heartfelt gratitude to the organiser for giving this honour to me and my research team. We will continue to push forward our research and translate the discoveries for the good of humankind, to improve their health and wellbeing.” 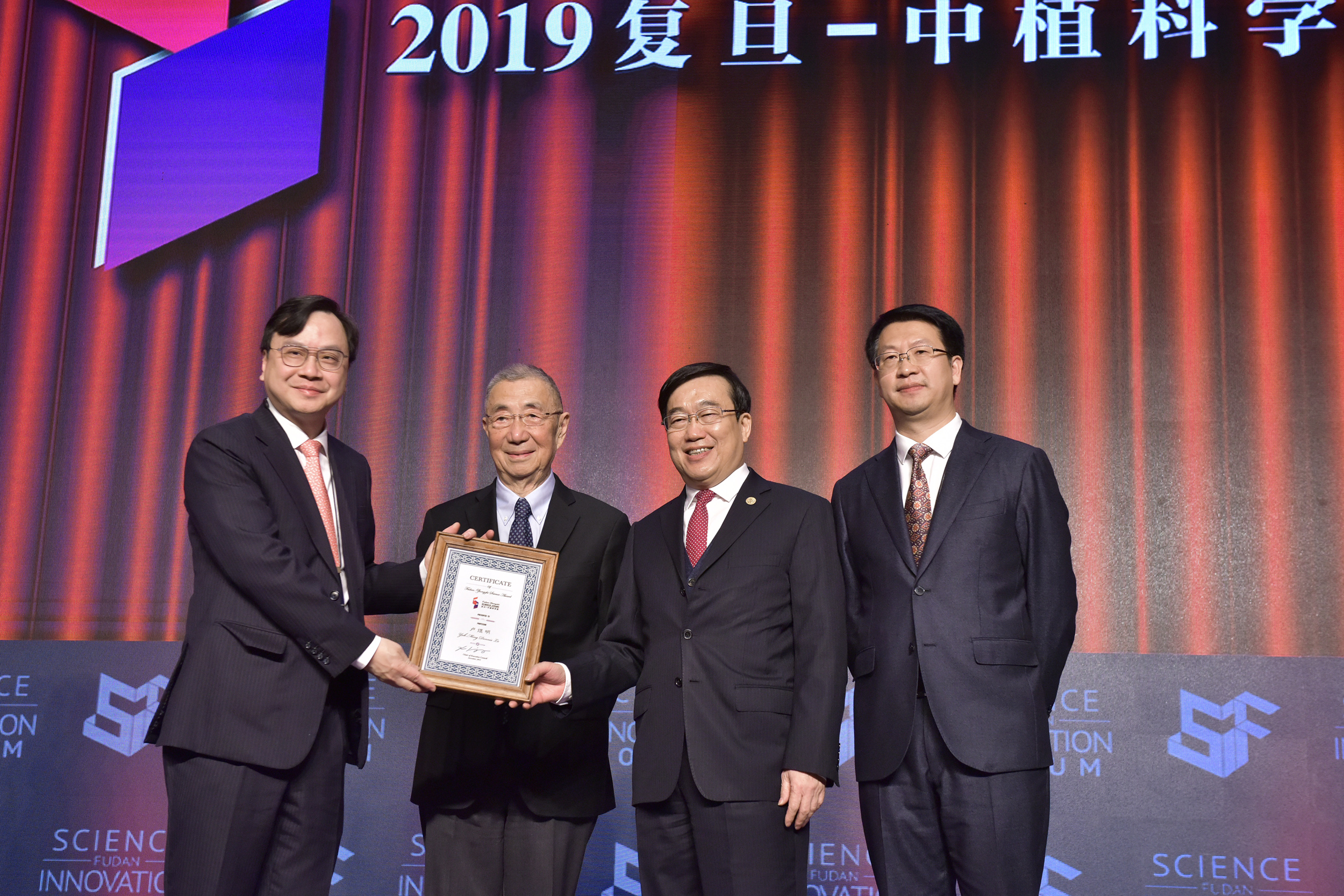 Nature Biotechnology is a scientific journal published by the same company as Nature, one of the world’s most authoritative and prestigious academic and scientific journals. Coverage of Nature Biotechnology includes gene therapy, regenerative medicine and biomedical engineering etc. Its annual ranking of biotech’s top 20 translational researchers is based on the total patents granted in the past year and the most-cited patent for the past five years; and the H-index, a method for determining the impact of a scientist’s body of published work. 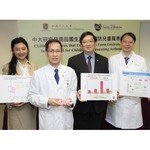 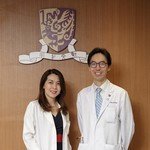