Professor Ronald Ching Wan MA, Professor and Head of the Division of Endocrinology and Diabetes of the Department of Medicine and Therapeutics, and Professor Siew Chien NG, Professor of the Division of Gastroenterology and Hepatology of the Department of Medicine and Therapeutics and Associate Director of the Centre for Gut Microbiota Research under the Faculty of Medicine at The Chinese University of Hong Kong (CUHK), have received Croucher Senior Medical Research Fellowships 2020 in recognition of their excellent achievements in scientific research in medicine and the support that gives to the next generation of clinician scientists.

Diabetes is a common disease affecting more than 10% of the population, though the risk of complications affecting different organs in the body can vary considerably in patients.

Professor Ronald Ching Wan MA, who joined CUHK in 2008, is a specialist in endocrinology, diabetes and metabolism. He has been carrying out research on the subject of diabetes and its complications for nearly two decades. His research focuses on improving our understanding of the epidemiology of diabetes and diabetes-related complications, and translating these to improve diabetes care. His laboratory has utilised several large cohorts, including the Hong Kong Diabetes Register, to identify genetic and other novel biomarkers associated with type 2 diabetes and its complications. His group highlighted the heterogeneity in risk of progression of diabetic kidney disease in Kidney International last year, and are currently conducting one of the largest genetic studies in diabetic kidney disease to improve the prediction of diabetic kidney disease in the Chinese population, and to identify ways for better diagnosis and treatment.

With support from the Croucher Foundation, Professor MA aims to make use of the large multi-omic and clinical dataset generated, as well as the availability of a large prospective cohort for independent validation, to develop clinical tools including polygenic risk scores, for the prediction of diabetes complications and outcome. He will also be developing algorithms for patient stratification and treatment selection in diabetes. The overarching aim of his project is to enable patients with diabetes to receive treatment that is better tailored to their needs and thereby bring about better outcomes for them.

Professor MA has published over 280 research articles in international peer-reviewed journals and received several awards, including the Ten Outstanding Young Persons Award, Hong Kong, and the Albert Renold Fellowship from the European Association for the Study of Diabetes. He remarked, “I am most grateful to the Croucher Foundation for this prestigious fellowship and the support towards my research, which I hope can bring improved care for people with diabetes.”

Professor and Head of the Division of Endocrinology and Diabetes, Department of Medicine and Therapeutics, Faculty of Medicine , CUHK

Professor Siew Chien NG is a specialist in gastroenterology and also a world renowned researcher who joined CUHK in 2010. Her research focuses on inflammatory bowel disease (IBD), including Crohn’s disease, a life-long disabling condition of the gut that commences in childhood or early adult life. It is becoming increasingly common in Asia and globally. She was the first to launch the Asia-Pacific Crohn’s and Colitis Epidemiology Study (ACCESS) in 2010, which has tracked several thousands of new cases of IBD across 15 countries in Asia-Pacific. Her work has shown that the cause of IBD is driven by the interplay of an abnormal immune response to gut microbes.

Her group recently identified a novel putative causative organism “Proteus spp.” to be prevalent in Crohn’s disease patients and Professor NG and her team aim to characterise these novel bacteria further to develop a potential cure and preventive therapy for Crohn’s disease. With the support from the Croucher Foundation, the team will use the existing large repository of biosamples to discover features of “Proteus spp.” that would render it a capable pathogen. The impact of this proposal will open up new avenues for developing preventive, targeted and effective therapeutics via microbial modulation to reduce the burden of Crohn’s disease.

In 2017, Professor NG established Asia’s first Microbiota Transplantation & Research Centre to aid the development of personalised gut microbiota-based therapy. She has published around 200 scientific articles in international journals, including Nature Genetics and The Lancet. She remarked, “I am tremendously grateful to the Croucher Foundation for supporting this leading-edge research endeavour that seeks to unlock the cause and specific new treatments for Crohn’s disease. The bugs in the gut and the food that we eat are likely to be fundamental to the development of Crohn’s disease. This scientific platform offers the prospect of exciting discoveries of immediate relevance to patients”.

Professor, Division of Gastroenterology and Hepatology, Department of Medicine and Therapeutics, and

Associate Director of the Centre for Gut Microbiota Research, Faculty of Medicine, CUHK

The Croucher Senior Medical Research Fellowships scheme was first introduced in 1997. It is awarded to outstanding scientists employed on clinical teachers’ terms in medicine and dentistry. The awards are judged by a group of leading international scientists invited to provide confidential reviews of candidates nominated in a competitive exercise. The value of each award includes a HK$2 million research grant to the award winner. Separate funds are awarded to the universities of the fellowship recipients, enabling the university to recruit replacement teacher/clinical medical staff to take over the award winner’s duties for a twelve-month period. The arrangement enables the awardees to devote more time and effort to research work. 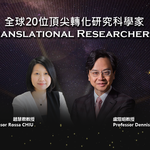 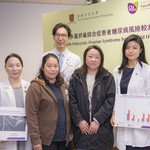