A research team led by Professor Ronald Ching Wan MA and Professor Juliana Chung Ngor CHAN from the Division of Endocrinology and Diabetes, Department of Medicine and Therapeutics at The Chinese University of Hong Kong (CUHK), as well as Dr Wing Yee SO, Clinical Associate Professor (Honorary) from the same Department, has successfully discovered a genetic predictor of diabetes among Chinese patients, which may help to identify high-risk individuals, in a collaborative study with Shanghai Jiao Tong University (SJTU) Affiliated Sixth People's Hospital. The findings have been published on-line in the prestigious international journal, Diabetologia. 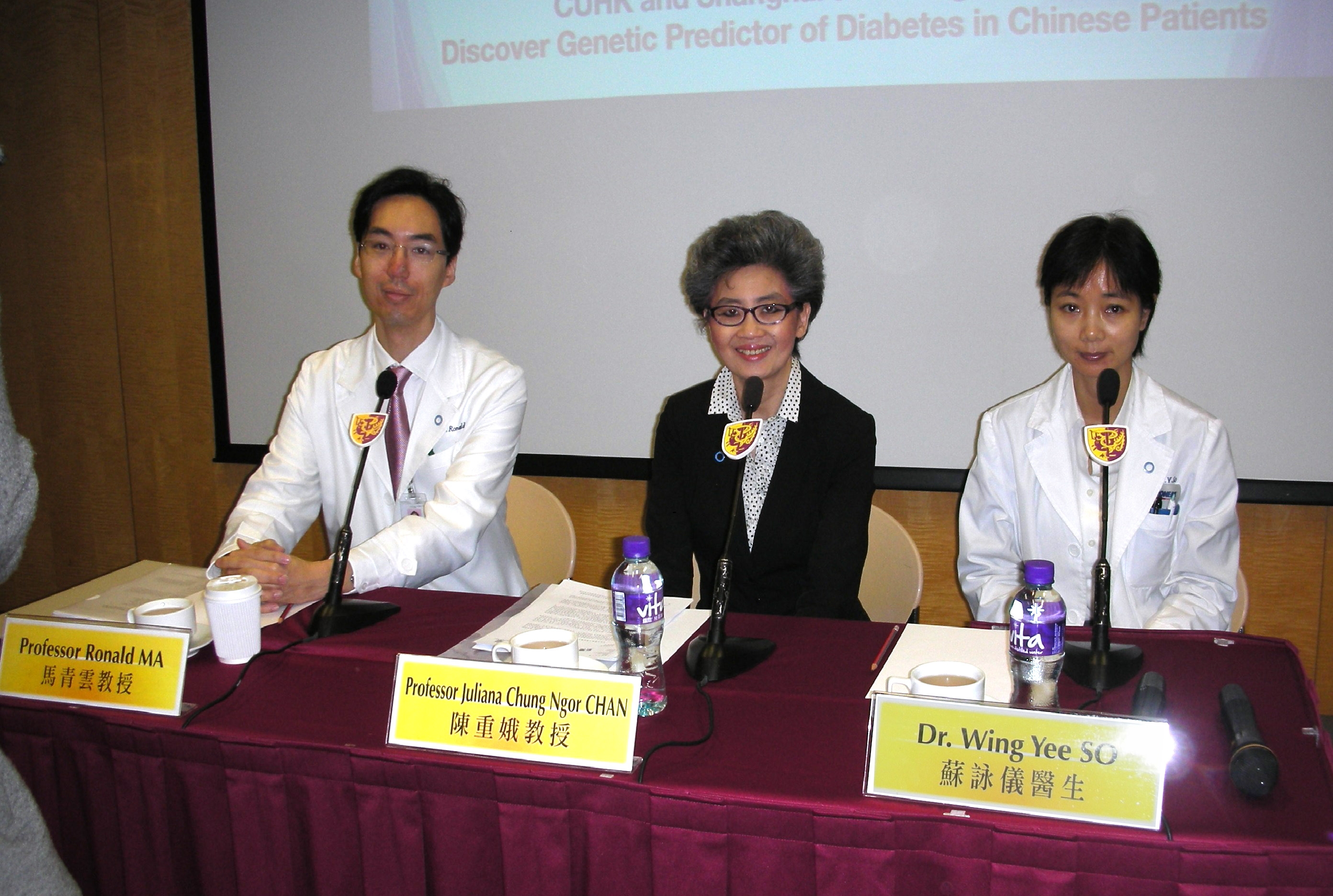 Statistics from the Department of Health have shown that Diabetes mellitus remains one of the top ten causes of death in Hong Kong. In 2011, 457 registered deaths were caused by diabetes, among which over 40% were men. Currently, there are approximately 700,000 people suffering from diabetes in Hong Kong, representing 10% of the total population; while there are around 90 million people with diabetes and 148 million with pre-diabetes in mainland China. Diabetes increases the risk of heart disease and kidney failure by two to four times. In recent years, the discovery of genetic markers for diabetes has helped identify high-risk individuals, however, most of these genetic markers were identified in non-Chinese populations and therefore may not apply to Chinese people.

Researchers from CUHK and SJTU jointly conducted a study from 2008 to 2012 to identify genetic predictors of diabetes in the Chinese population. The team systematically surveyed over 2.9 million markers across the genome in 684 Chinese subjects with diabetes (mean age 52.4 years old) and 955 subjects without diabetes. Selected genetic markers were followed up and genotyped in another 10,383 Chinese subjects with diabetes and 6,974 control subjects to find out their association with diabetes. The team finally identified a genetic marker on chromosome 7 near the paired box gene 4 (PAX4) gene which was associated with diabetes as well as poorer insulin response. . People with this genetic marker have approximately 18% higher risk for diabetes and will develop diabetes at a younger age.  This genetic risk association was also confirmed by collaborators in East Asian countries including Japan and Korea, as well as in Europe.

Professor Ronald Ma remarked, "Patients in Asia tend to develop diabetes at a younger age. It is now clear that people with diabetes have insufficient insulin response to maintain blood glucose level. We are very excited to have discovered this genetic marker which have not only identified high-risk diabetes patients, but also those with insufficient beta-cell function who may develop diabetes at a younger age. Early intervention by changing lifestyle or intensifying treatment will be particularly important for these high-risk individuals. The study also highlights the importance of international collaborations in large-scale genetic research."

Dr Wing Yee So noted, "Great variations were found in the gene region we studied between the Chinese and European population, that is why this marker has not been found in earlier studies done in Europe."

"The genetic markers provide an excellent foundation for the development of personalized medicine of diabetes and similar diseases with multiple causes", remarked Professor Juliana Chan, "It provides important insights into the cause of diabetes and identifies high risk patients for early intervention. The interactions between genetic markers and treatment responses will also guide us to select the most appropriate intervention."

Parts of the study done in Hong Kong were supported by the Hong Kong Foundation for Research and Development in Diabetes, The Hong Kong Government Research Grants Council, The Innovation and Technology Fund, a grant from National Institutes of Health, CUHK Focused Investment Grant, the Research Fund of the Department of Medicine and Therapeutics and the Li Ka Shing Institute of Health Sciences, CUHK. 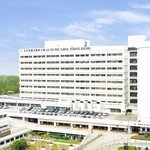 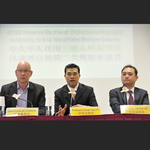