Aspirin is currently the most commonly used drug to prevent recurrence of Transient Ischemic Attack (TIA) or minor stroke . However there has been concern about the associated risk of hemorrhagic events, such as bleeding in the brain and gut. A global study jointly led by The Chinese University of Hong Kong (CUHK) and neurology centres from over 30 countries has revealed that another antiplatelet agent ‘ticagrelor’ could potentially be an alternative drug to prevent recurrent stroke. Ticagrelor is found to be more effective than aspirin in preventing ischemic stroke. It can reduce the risk of recurrence by 13%. The findings were presented this month at the European Stroke Organization annual meeting in Barcelona and were published in a leading international journal, The New England Journal of Medicine.

TIA, often labeled as a ‘mini-stroke’ and minor stroke, is commonly caused by the temporary blockage of blood vessels in the brain. This can cause sudden symptoms such as limb weakness or numbness, facial weakness, speech or visual disturbance. About 12% of patients with TIA or minor stroke will subsequently develop a more severe form of stroke after three months if they do not receive any early treatment. It was revealed in an international study jointly led by CUHK last month that early assessment and treatment in specialized centers were shown to reduce the risk of another stroke by 70%.

Coherently, the captioned study reviewed therapeutic trial on minor stroke patients within 24 hours of onset of symptom to reduce the risk of recurrence of stroke. The SOCRATES study involved 674 neurology centres from 33 countries. Data on over 13,000 patients, including 97 in Hong Kong, was collected, of whom half took aspirin and the other half took ticagrelor within 24 hours of onset of minor stroke or acute ischemic stroke, to compare the effectiveness of both drug treatments. The patients were followed for three months.

Prof. Lawrence Ka Sing WONG, Mok Hing Yiu Professor of Medicine, Head of Division of Neurology, Department of Medicine and Therapeutics at CUHK added, ‘The benefits of ticagrelor over aspirin were more obvious in four groups of patients. The first group was of patients who were already taking aspirin when they developed a stroke or TIA, meaning that aspirin might not be strong enough to inhibit platelet aggregation in this special group of patients. Other groups that showed benefits included those patients who were treated early within 12 hours of the onset of symptoms, aged below 65 and Asians.’

Lifestyle modifications are as important to prevent recurrence of stroke

Every year, there are more than 3,000 patients attending public hospitals for TIA or mild stroke in Hong Kong. At the Prince of Wales Hospital, there are 230 cases of suspected TIA and 550 cases of mild stroke per year.

Dr. Florence FAN, Adjunct Tutor, Department of Medicine and Therapeutics, Faculty of Medicine, remarked, ‘The usual drug treatment to prevent another stroke includes the use of antiplatelet drug, such as aspirin, because it inhibits formation of platelet aggregation in the artery. Other useful drugs include statin to lower cholesterol and drug to treat hypertension. There are other important but often neglected treatments in the prevention of recurrent stroke -- abstinence from smoking or drinking, regular exercise and dietary restrictions. Stroke survivors should be educated on these measures in lifestyle modifications.’

Professor Wong also highlighted that many patients had another stroke within 24 hours of the first event so it is important for them to come to the emergency room as soon as possible. He reminded the public to be more aware of the different severe forms of stroke and remember the slogan ‘ACT F.A.S.T’: 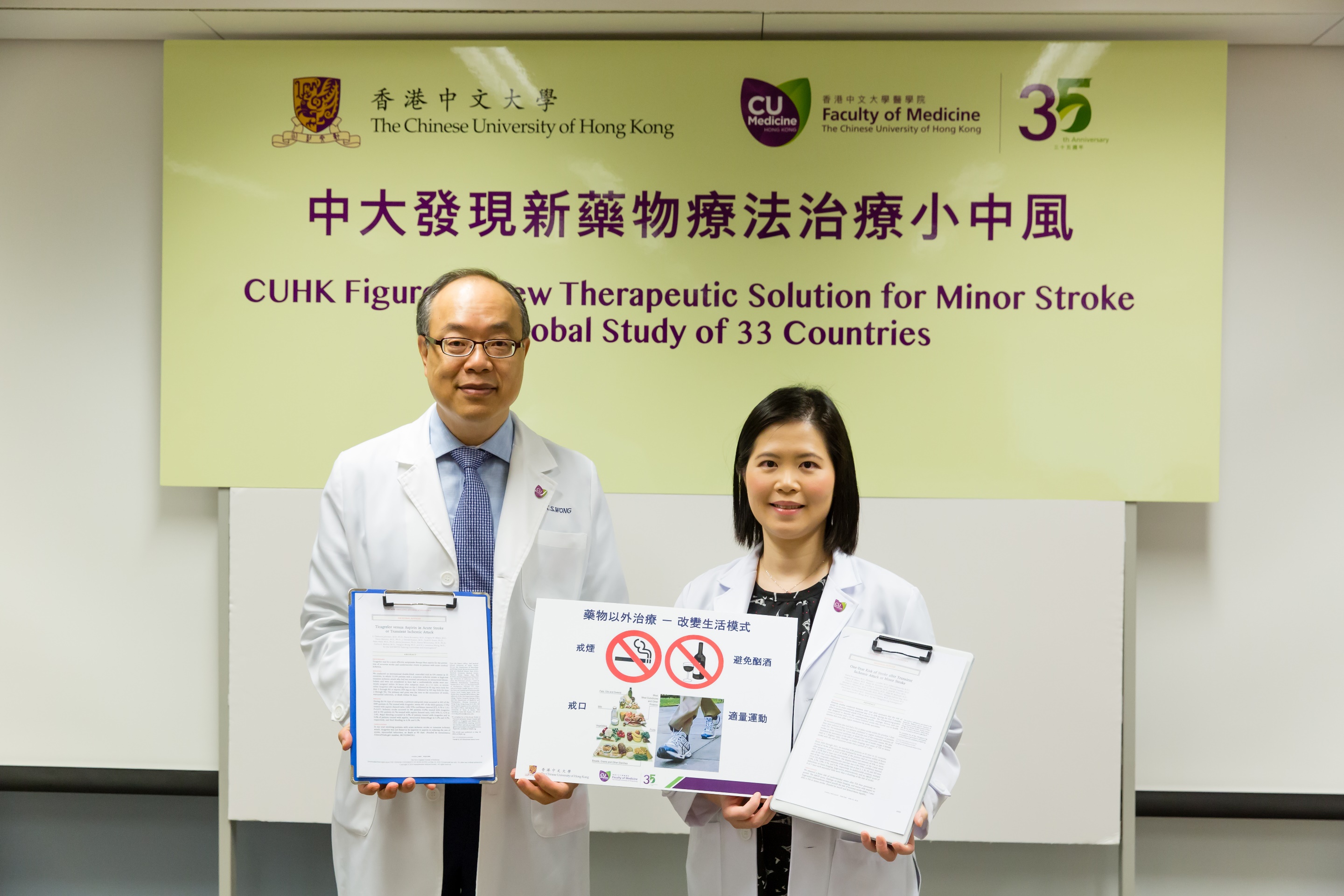 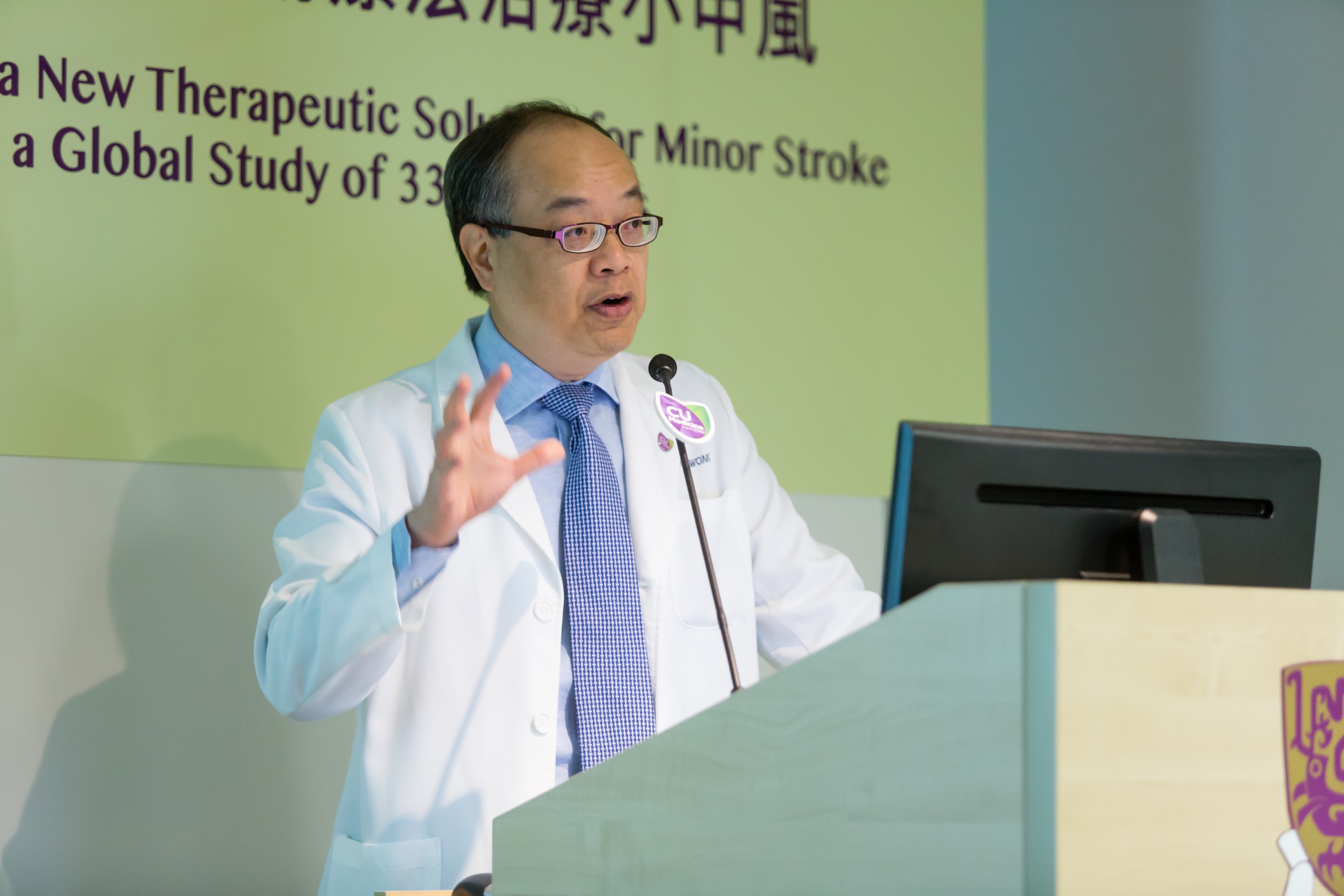 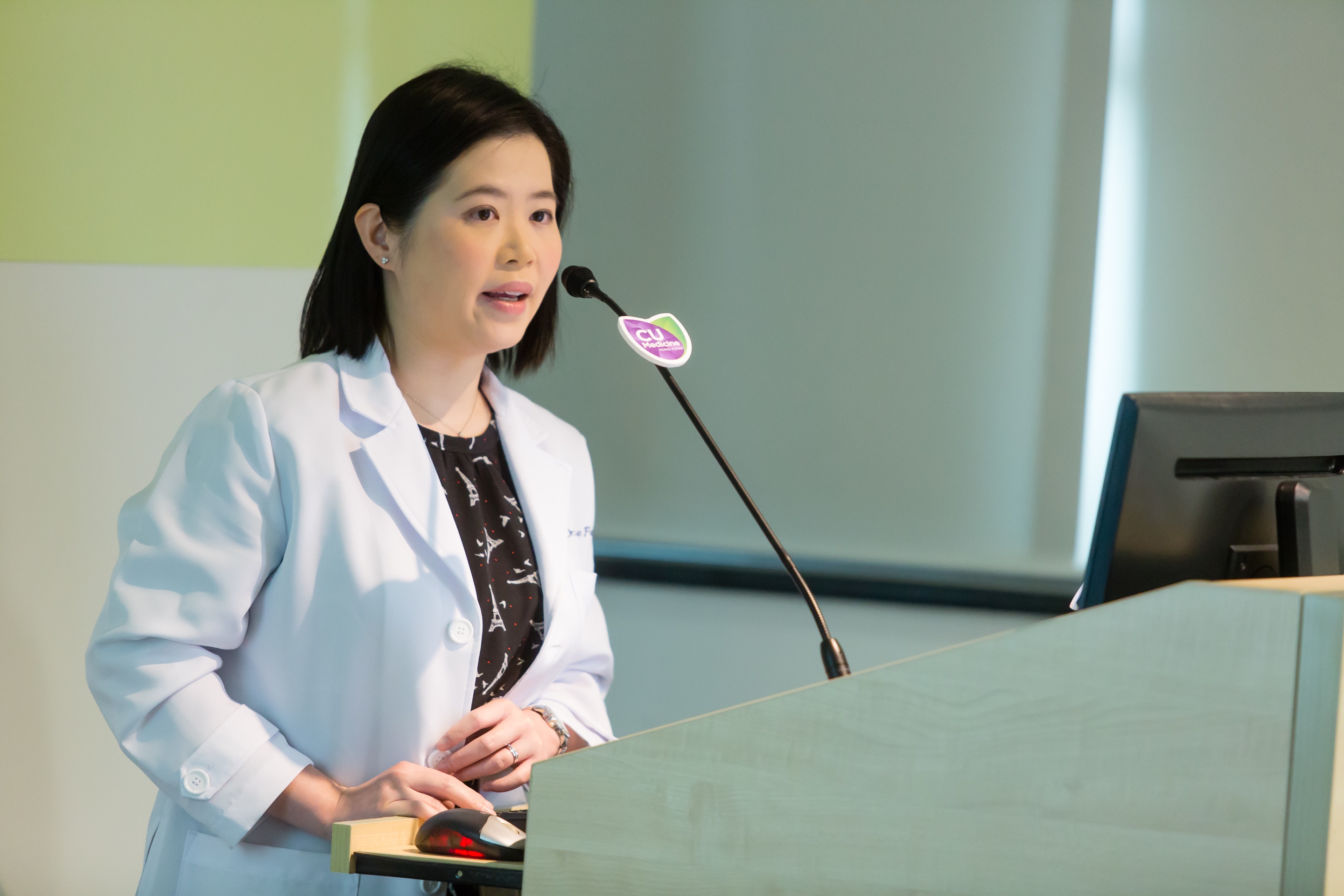 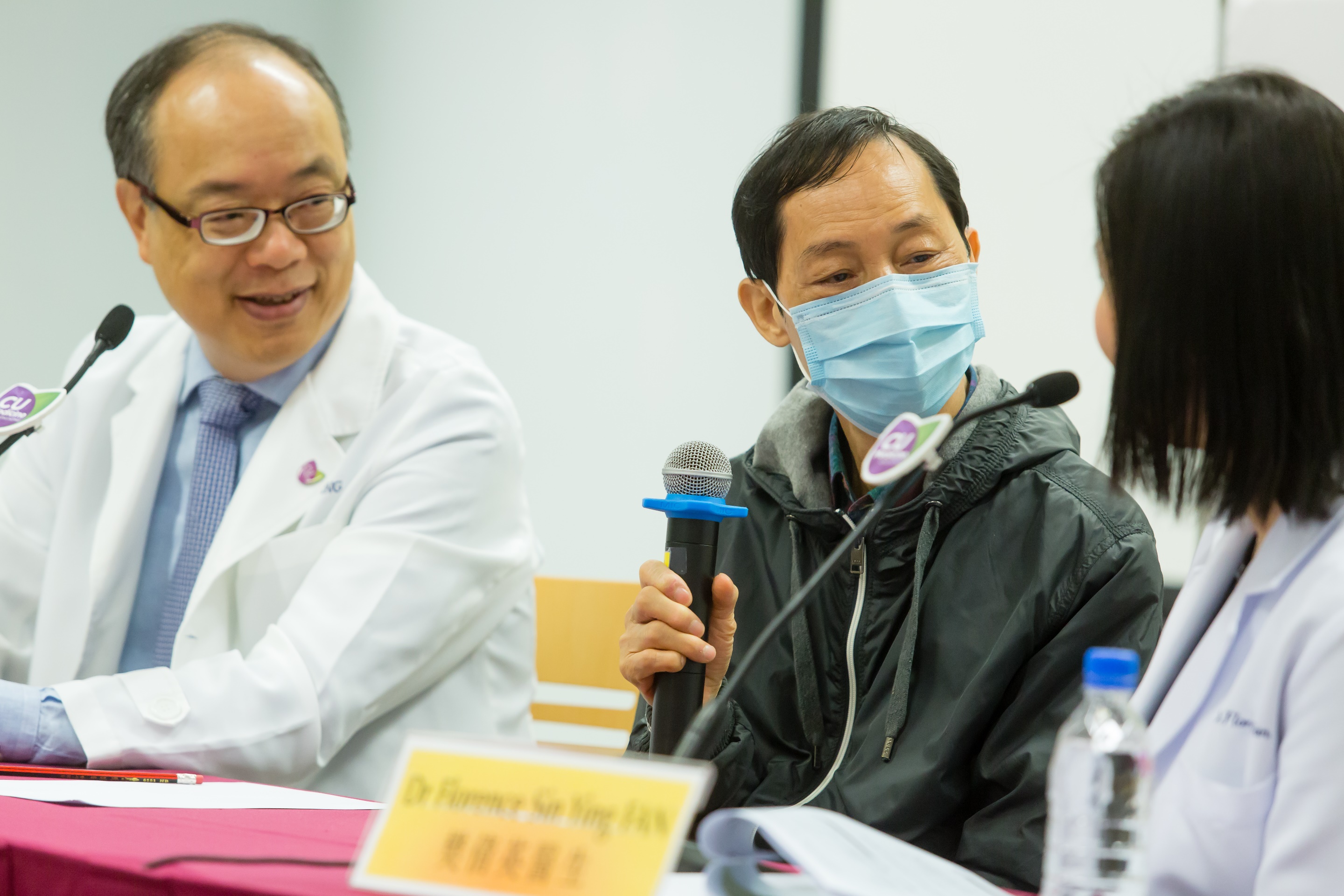 Mr. Wu (middle) describes the left side of his body felt numb when he had a minor stroke, like being ‘possessed by a spirit’. 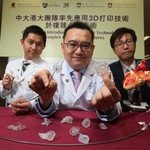 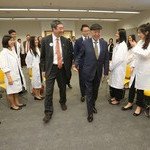