A study jointly conducted by The Chinese University of Hong Kong (CUHK) and Hong Kong Sanatorium & Hospital (HKSH) on the relationship between rapid eye movement sleep behavior disorder (RBD), depression and neurodegeneration revealed that patients with comorbid RBD and depression may suffer from early phase of neurodegeneration. Early diagnosis is essential for monitoring and treatment of neurodegeneration. The findings were published in the February issue of a leading international journal Neurology.

RBD is a parasomnia characterized by recurrent dream-enacting behaviors, usually associated with sleep related injuries and violence, due to loss of muscle atonia at rapid eye movement (REM) sleep. International studies suggested that the disorder is an early precursor of neurodegenerative diseases, such as Parkinson’s disease and dementia with Lewy Bodies. About 80% of patients developed neurodegenerative diseases 10-15 years after the onset of RBD. It is estimated that there are 5,000 elderly aged 60 or above suffering from the disorder in Hong Kong.

Typically, RBD affects older people, but it is being increasingly recognized among middle-age patients with depression. According to a recent study, there are 4% to 6% depressive patients reported RBD symptoms. However, it was believed as an antidepressant drug induced phenomenon and no further investigation has been taken. Professor Wing Yun Kwok from the Department of Psychiatry and Professor Vincent Mok from the division of Neurology of the Department of Medicine and Therapeutics, CUHK coordinated with Dr. Eric Leung, Deputy Director, Department of Nuclear Medicine and Positron Emission Tomography of HKSH to carry out a research in patients with comorbid RBD and depression from late 2010 to early 2013.

Twenty-nine subjects including cases of comorbid RBD and depression, subjects with depression only and healthy subjects, with a mean age of 47, were recruited for clinical, polysomnographic assessment and neuroimaging studies. None of them suffered from any clinical sign of Parkinson’s disease. However, patients with comorbid RBD and depression had a significantly lower 10-30% dopamine neural transmission than the control group. They also had impaired olfactory function. The findings indicated a distinct possibility that the development of the RBD problems among depressive patients may represent an early phase of neurodegeneration instead of a merely antidepressant-induced condition.

Professor Wing from the Department of Psychiatry at CUHK stated, “RBD usually affects people aged over 60. However, our comorbid RBD and depressive patients had a much earlier onset of RBD with a mean age of 40s, which was 10 to 20 years earlier. There might be distinct hypotheses that the presence of depression might have accelerated the neurodegenerative process or there exists an underlying neurodegenerative basis presenting in a certain subgroup of participants with depression who develop RBD features. We shall further investigate the mechanism behind and bring neuroprotective therapeutic intervention into reality.”

PET scan provides a detailed functional image of the brain and was an essential part of the study.  Dr. Eric Leung, Deputy Director, Department of Nuclear Medicine and Positron Emission Tomography of HKSH explained, “PET scan usually shows significant brain dysfunction in patients suffering from neurodegenerative diseases. Nowadays, we are able to detect early phase of neurodegeneration, prior to any significant abnormal physical sign, on neuroimaging. This advanced technology enables early diagnosis and potential treatment of neurodegenerative diseases.”

Professor Vincent Mok from the division of Neurology at Faculty of Medicine at CUHK elaborated, “Neurodegenerative diseases such as Parkinson’s disease and dementia are traditionally diagnosed with the emergence of clinical symptoms. However, those symptoms usually reflect a late stage of neurodegeneration. The research cooperated with HKSH introduces early stage diagnosis, which enables physician to closely monitor patients prior to the onset of symptoms, and perhaps induce improvements through intervention. ” 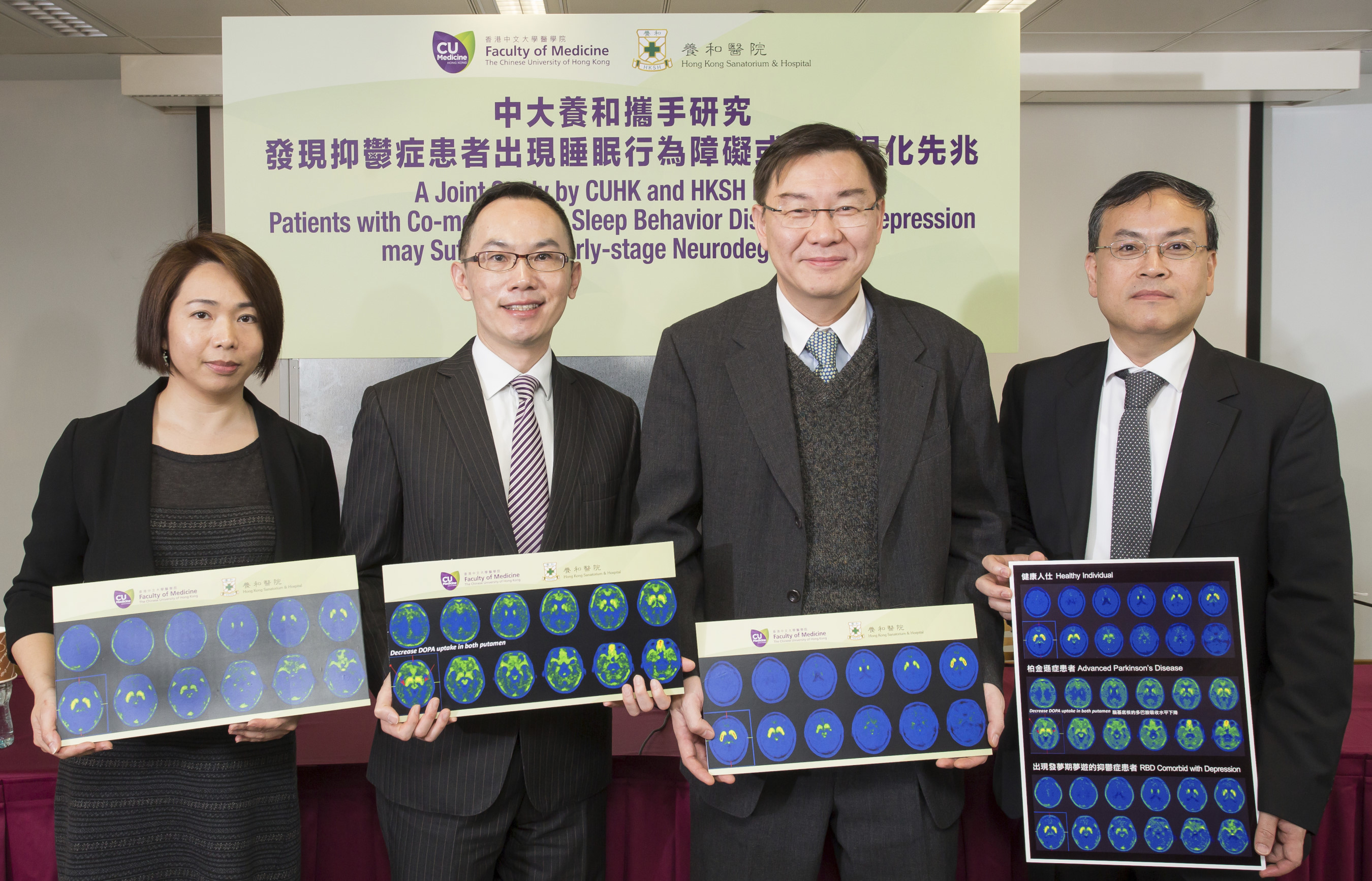 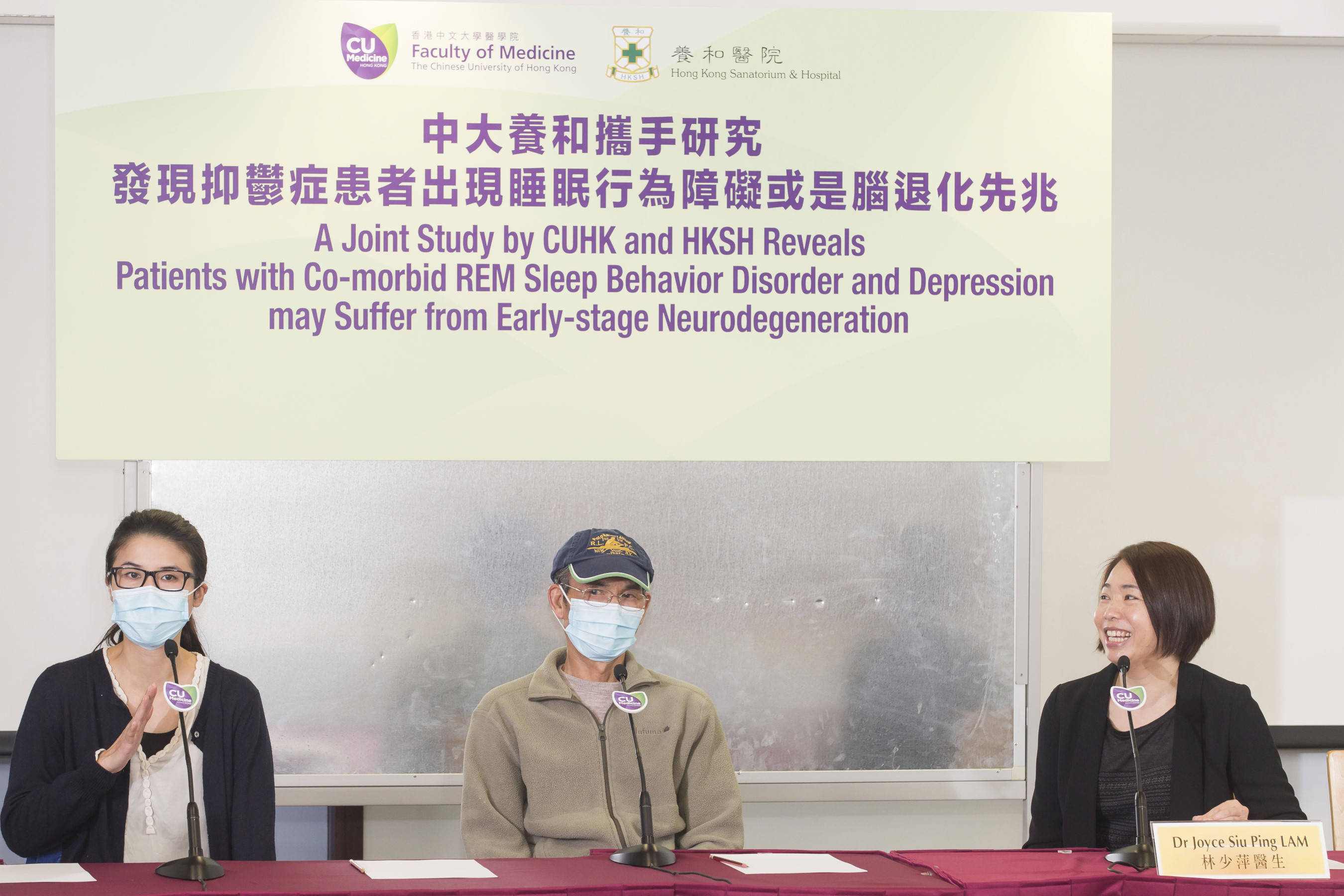 Mr. Tam (middle) has been suffering from depression and bad dreams for years, and often speaks loudly and acts violently when sleeping. He recently reported shaky hands, a clinical symptom of Parkinson’s disease. His condition is under control after medication. 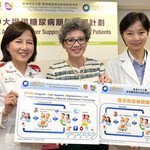 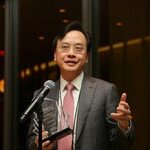