The prevalence of Atrial Fibrillation (AF) grows with the ageing population. According to global research, one in every five people aged 65 years and above will develop AF. The Faculty of Medicine at The Chinese University of Hong Kong (CUHK) has been running an AF screening programme for the elderly in the community since 2013. The screening result showed that around 7% of the elderly suffering from AF are unaware of their condition and have little knowledge about the disease. In view of the situation, the Faculty of Medicine will conduct a large-scale AF screening and strengthen drug education to raise the awareness towards AF among the elderly.

AF is a kind of abnormal heart rhythm which can lead to stroke. Based on previous research, AF is accountable for up to 1 of 3 stroke cases among the elderly. Although AF-related strokes can be prevented in most patients with oral anticoagulation therapy such as warfarin, AF is difficult to diagnose due to its intermittent and silent symptoms. Therefore, many patients with AF are diagnosed after stroke incidents.

A team of student volunteers led by Dr. Vivian Lee, Associate Professor from CUHK School of Pharmacy and Dr. Bryan Yan, Associate Professor from the Department of Medicine and Therapeutic, the Faculty of Medicine, CUHK conducted AF screening for 1,581 older people aged 65 or above in the community with the use of a handheld ECG device between 2013 and 2014. The screening result shows that 110 (7%) older people were detected as having AF. Only 7.7% of the participants heard of AF and less than 5% were aware of the associated risk of stroke, indicating that the elderly in Hong Kong do not have much knowledge about AF.

The Faculty of Medicine will launch another large-scale AF screening study funded by Hong Kong Research Grants Council in collaboration with the University of Sydney, Australia. The study aims to screen more than 25,000 elderly outpatients for undiagnosed AF at the Prince of Wales Hospital. The project leader Dr. Bryan Yan elaborated, “We will screen elderly outpatients who are willing to participate in AF screening with the use of a handheld ECG device.  It takes less than 30 seconds for each person. Newly detected AF patients will be closely followed up. We hope the research data obtained will be useful in studying the feasibility of large-scaled AF screening and its impact on related medical expenditure. Our ultimate goal is to find a cost-effective strategy for prevention of AF related stroke.”

“The recent research reveals that 7% of the participants are suffering from AF. Based on data from the Census and Statistics Department, we can estimate that 60,000 older people are suffering from AF without knowing, indicating the importance of carrying out an AF screening programme. Drug education and individual follow-up are also essential for effective treatment and stroke prevention, given that most of the elderly have little knowledge about the disease and drug.” explained Dr. Vivian Lee.

The CUHK volunteer team formed by teachers and students from Faculty of Medicine will expand from 12 members to 20 to expand the AF screening test. The team will refer AF diagnosed older people to cardiologists and visit them every 3 months for individual follow-up. In addition, the Faculty will organize two public lectures in June and September as well as a one-day carnival in 2015 to raise public awareness about AF and provide screening service. It is estimated that 5,000 older people will benefit from the programme. 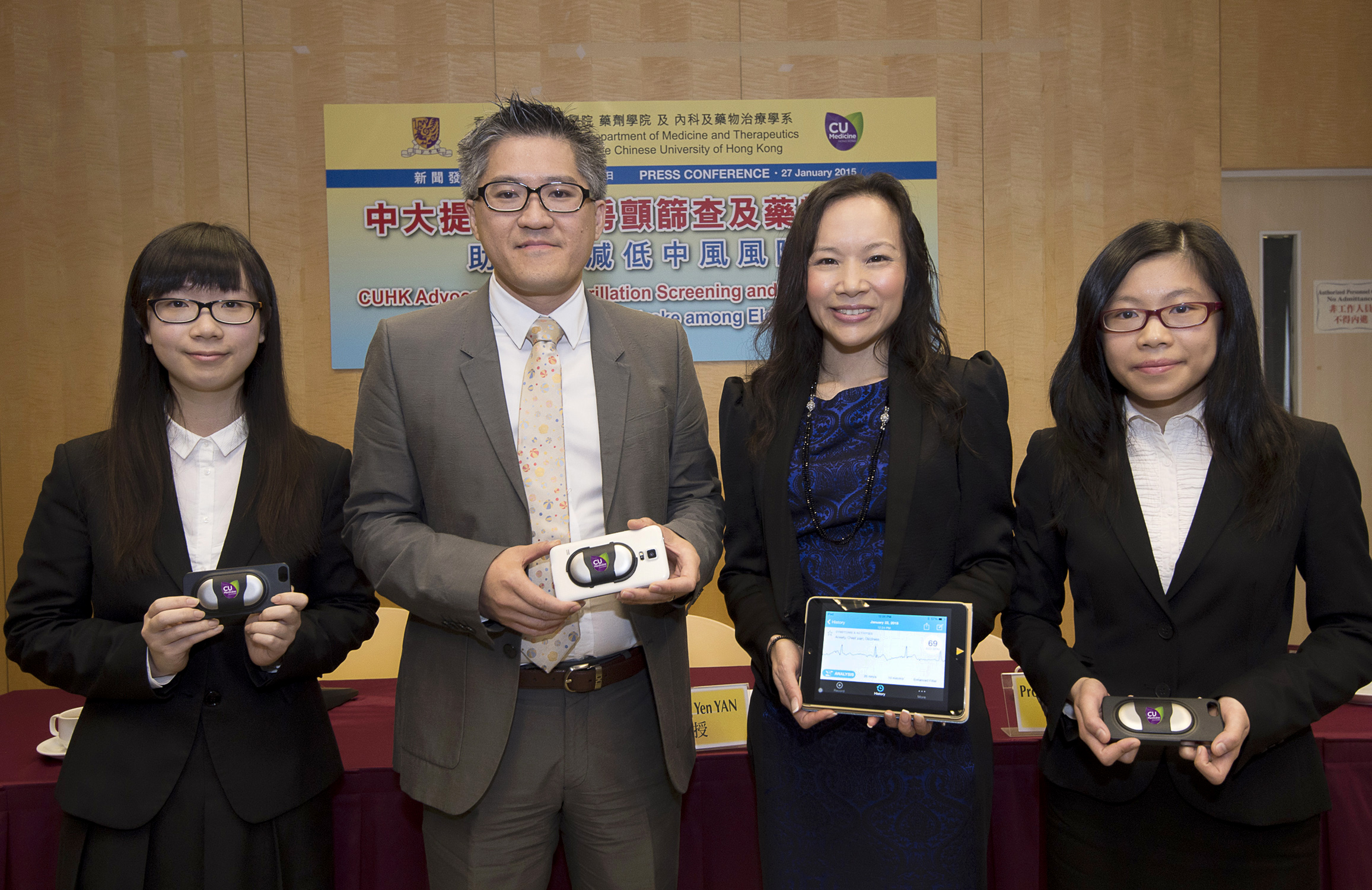 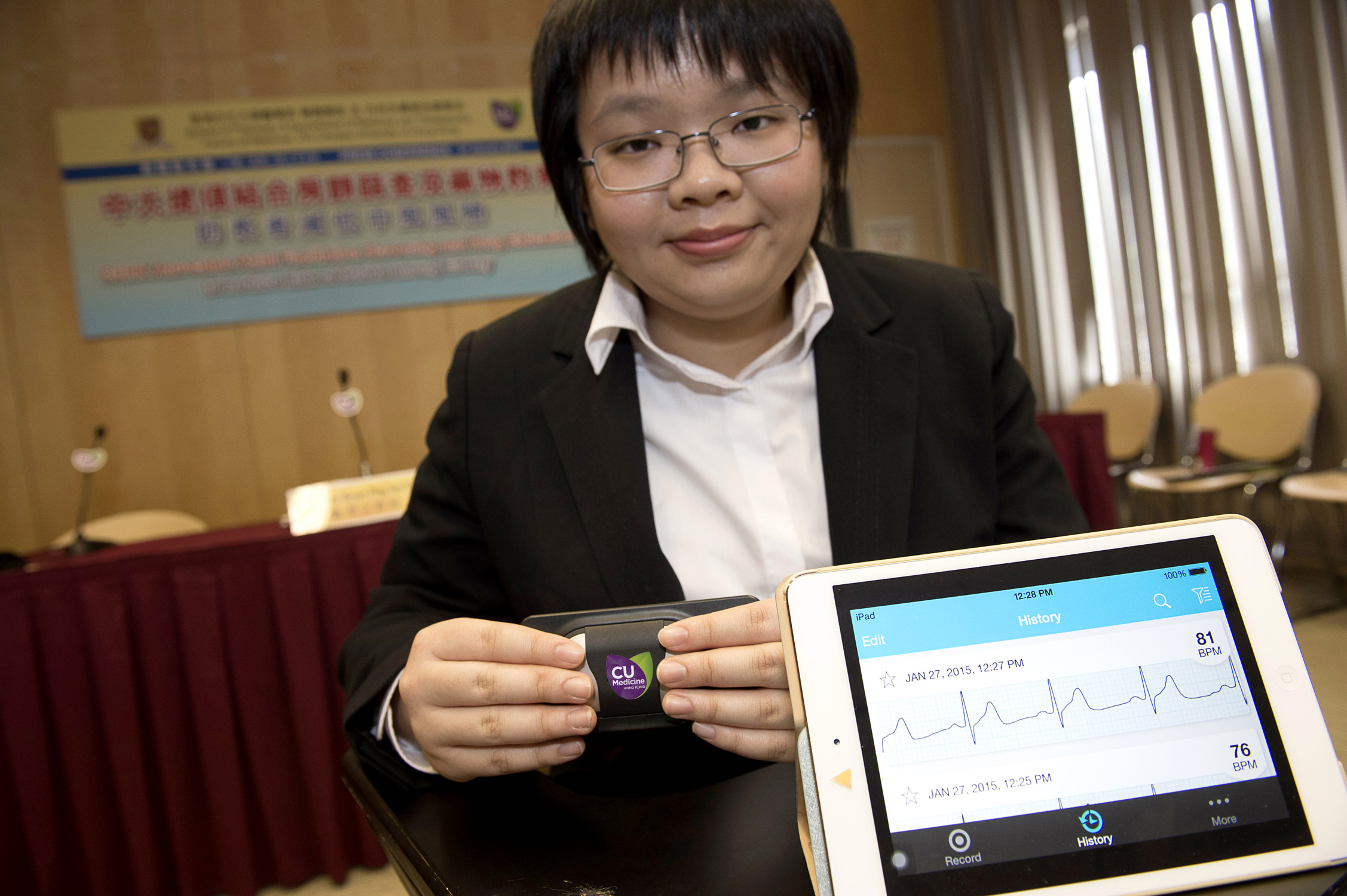 A student volunteer demonstrates the use of a handheld ECG device to conduct AF screening. 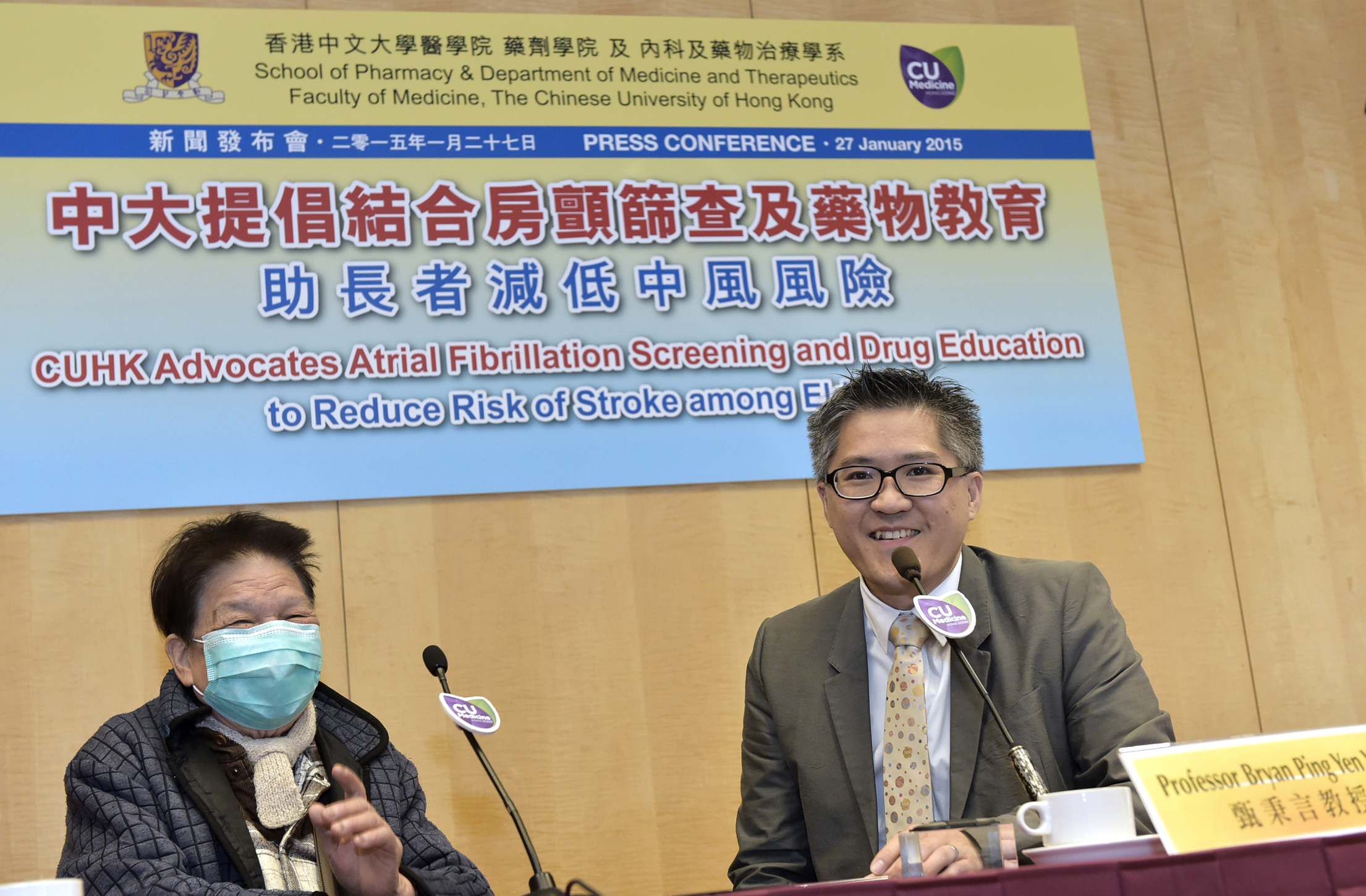 Ms. Tsui (left), aged 80, suffers from atrial fibrillation without knowing until getting detected in a screening programme. 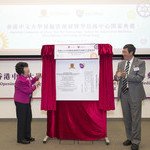 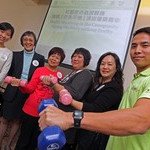