Research conducted by the Hong Kong Institute of Diabetes and Obesity at The Chinese University of Hong Kong (CUHK) has revealed that the risk of diabetes patients having depression is double that of the general population. The co-existence of diabetes and depression worsens patients’ hormonal, metabolic and glycemic control, further increases their risk of strokes and cardiovascular diseases. To counter this, the Institute advocates using a 1-minute mental health questionnaire to identify those at high risk of depression among diabetes patients for further assessment by diabetes care professionals, and severe cases to be referred to psychiatrists for in-depth follow-up and treatment. By gathering support from medical care teams, family and peers, technological advancement as well as patients’ self-management, CUHK’s objective is to improve the quality of life of the patients - physically, mentally and socially - in accordance with the health index of World Health Organization (WHO).

In Hong Kong, there are 600,000 people suffering from depression and 720,000 from diabetes. 130,000 are affected by both diseases. The diagnosis and treatment of these two chronic diseases is often fragmented. However, genetic, environmental and social factors, as well as life-influencing events may trigger these two diseases at the same time, while the co-existence of both diseases could lead to co-morbidities and premature death.

The Institute conducted a research into the relationship of diabetes and depression from 2010 to 2011. 586 patients with type 2 diabetes aged between 25 and 75 recruited during outpatient comprehensive diabetes complication assessments were asked to complete a 1-minute ‘Patient Health Questionnaire’ (PHQ - 9). A random sample of 99 participants then underwent a 45-minute in-depth assessment by psychiatrists. By analysing the PHQ - 9 scores of the 23% of the sample who were diagnosed as having major depression, a cut-off score of 7 was identified (international standard cut-off score being 10). It was concluded that 18% of diabetes patients have the risk of depression, which is twice as much of the general population.

Prof. Juliana Chung Ngor CHAN, Chair Professor of Medicine and Therapeutics and Founding Director of Hong Kong Institute of Diabetes and Obesity at CUHK remarked, ‘Self-management is very crucial to diabetes patients. Cognition, emotion and behavior however affect patients’ self-management, treatment adherence and medical follow-up, and therefore the overall effectiveness of the treatment.’ Professor Chan also indicated that, after seven years of follow-up research, the risk of diabetes patients with depression having strokes tripled, the risk of cardiovascular diseases doubled, and the median of hospital stays per thousand diabetes patients was eight times of those non-depressed ones. Timely identification and appropriate treatment should therefore not to be taken lightly.

‘Most diabetes patients are unaware of their emotional changes and some of them do not seek help from others because of social stigma. We hope that by sharing the research findings, it will help raise public’s awareness of these two chronic diseases,’ said Dr. Rose Zhao Wei TING, Honorary Clinical Assistant Professor of Hong Kong Institute of Diabetes and Obesity at CUHK. The Diabetes and Endocrine Centre of Prince of Wales Hospital, CUHK’s teaching hospital, has been using the PHQ - 9 when conducting comprehensive diabetes complication assessments since 2013. Patients with PHQ - 9 scores higher than the cut-off point will preliminarily be assessed by diabetes care professionals and referred to psychiatrists for timely treatment if necessary.

Prof. Yun Kwok WING, Professor of Department of Psychiatry at CUHK pointed out, ‘Apart from physical and psychological intervention from the medical care team, encouragement from family and peers of the patients is also crucial.  Academic or research units can help promote public’s awareness of these two chronic diseases through education and sharing research findings. Decision-making bodies should also support and deploy early identification measures so as to improve the quality of life of patients - physically, mentally and socially - in accordance with the health index of WHO. Reducing the risk of strokes and cardiovascular diseases among patients with diabetes and depression would shorten their hospital stays.’ According to Professor Wing, due to the silent nature of the initial stage of diabetes and depression and poor self-management led by emotional distress, these patients, after long term sufferance, usually require hospitalization for in-depth treatment. Early identification and appropriate treatment would benefit the patients and the entire health care system.

The CUHK diabetes team has been engaged in research in diabetes for over 20 years and developed comprehensive assessment to address the needs of the general public. The Hong Kong Institute of Diabetes and Obesity was founded in 2005 and has been providing comprehensive assessment service for the community through its Yao Chung Kit Diabetes Assessment Centre. The CUHK Department of Psychiatry was set up in 1981. Aside from education, the Department has become a research-intensive unit that fosters local and international collaborations, and provides a quality public health platform for the community-at-large. 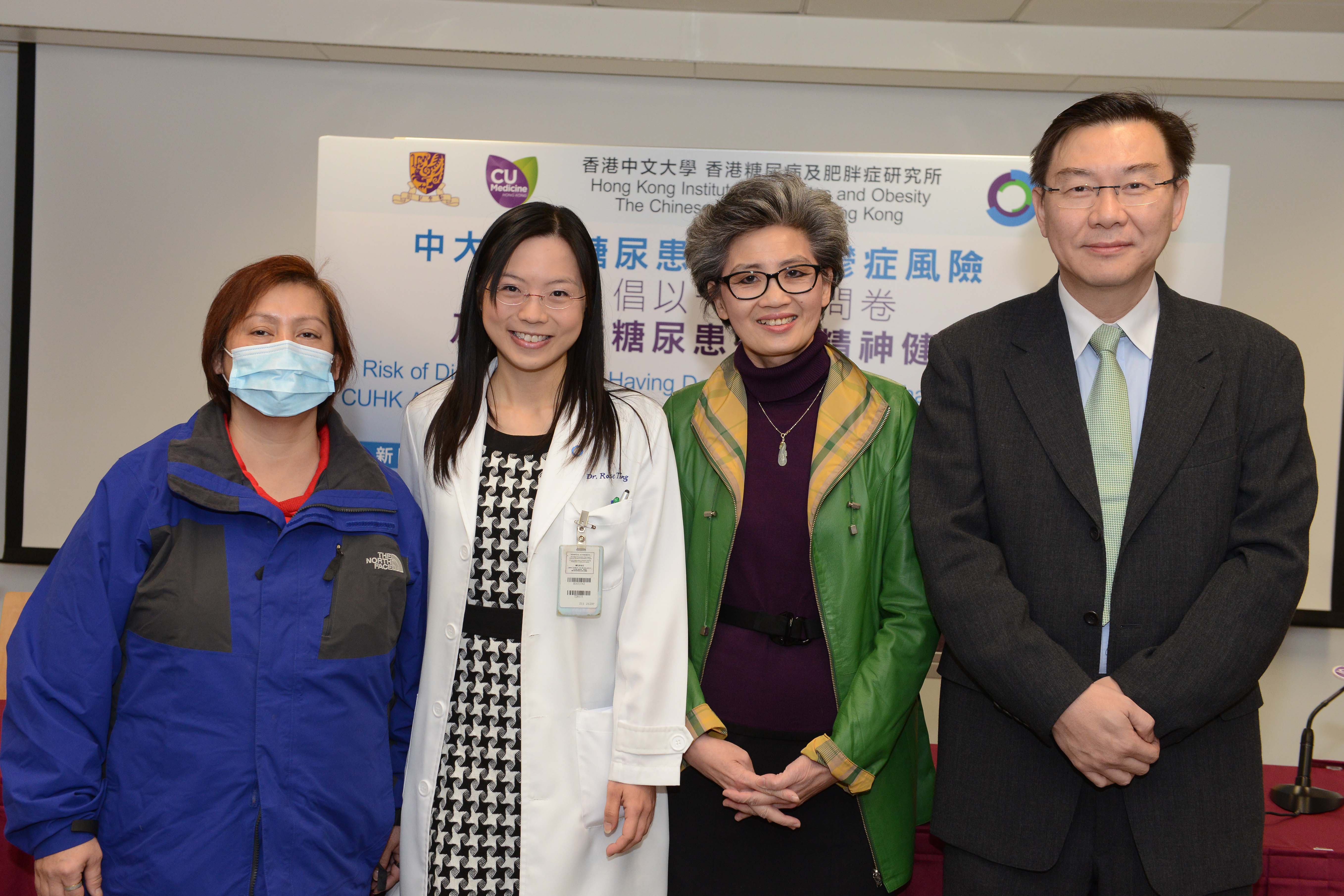 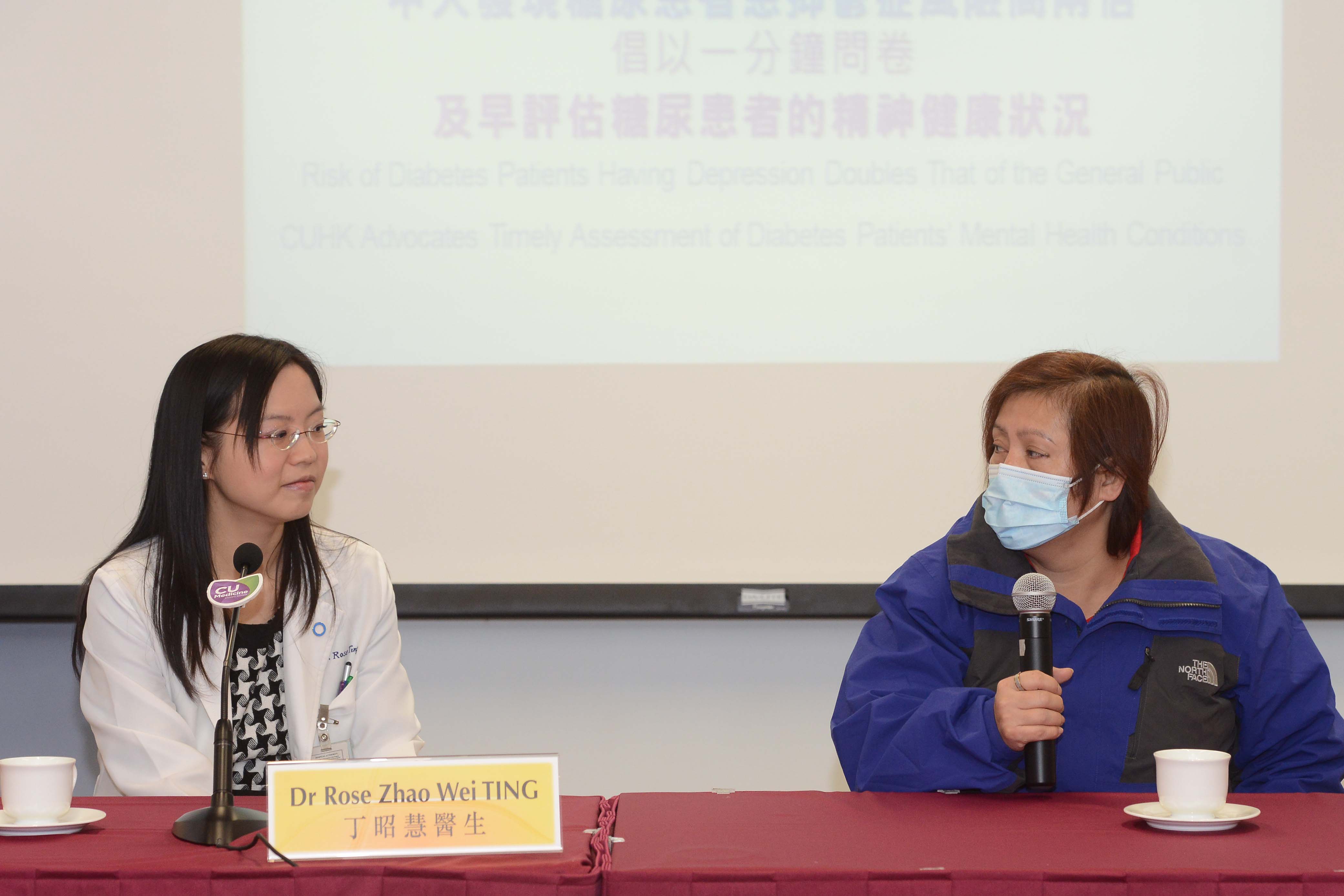 Joey, a patient suffering from both diabetes and depression (right), shares her experience. 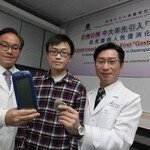