Stroke is one of the major causes of death and adult disability in Hong Kong. More than 13,000 people attended public hospitals for acute stroke each year, and narrowing of the vessel in the neck accounts for about 10-15% of stroke. More than half of stroke patients will experience another stroke if not properly treated.

With the support of the S.H. Ho Cardiovascular Disease & Stroke Center, the Division of Neurology of Department of Medicine and Therapeutics and the Department of Imaging and Interventional Radiology at The Chinese University of Hong Kong (CUHK) have collaborated for a research on narrowing of neck vessels since 2006. Thousands of stroke patients have been screened for narrowing of the vessels in the neck and brain and 215 patients have undergone stenting of the neck vessels. This minimally invasive procedure is performed under local anesthesia through a small incision at the groin without any wound over the head or neck. The recovery of patients is hastened. 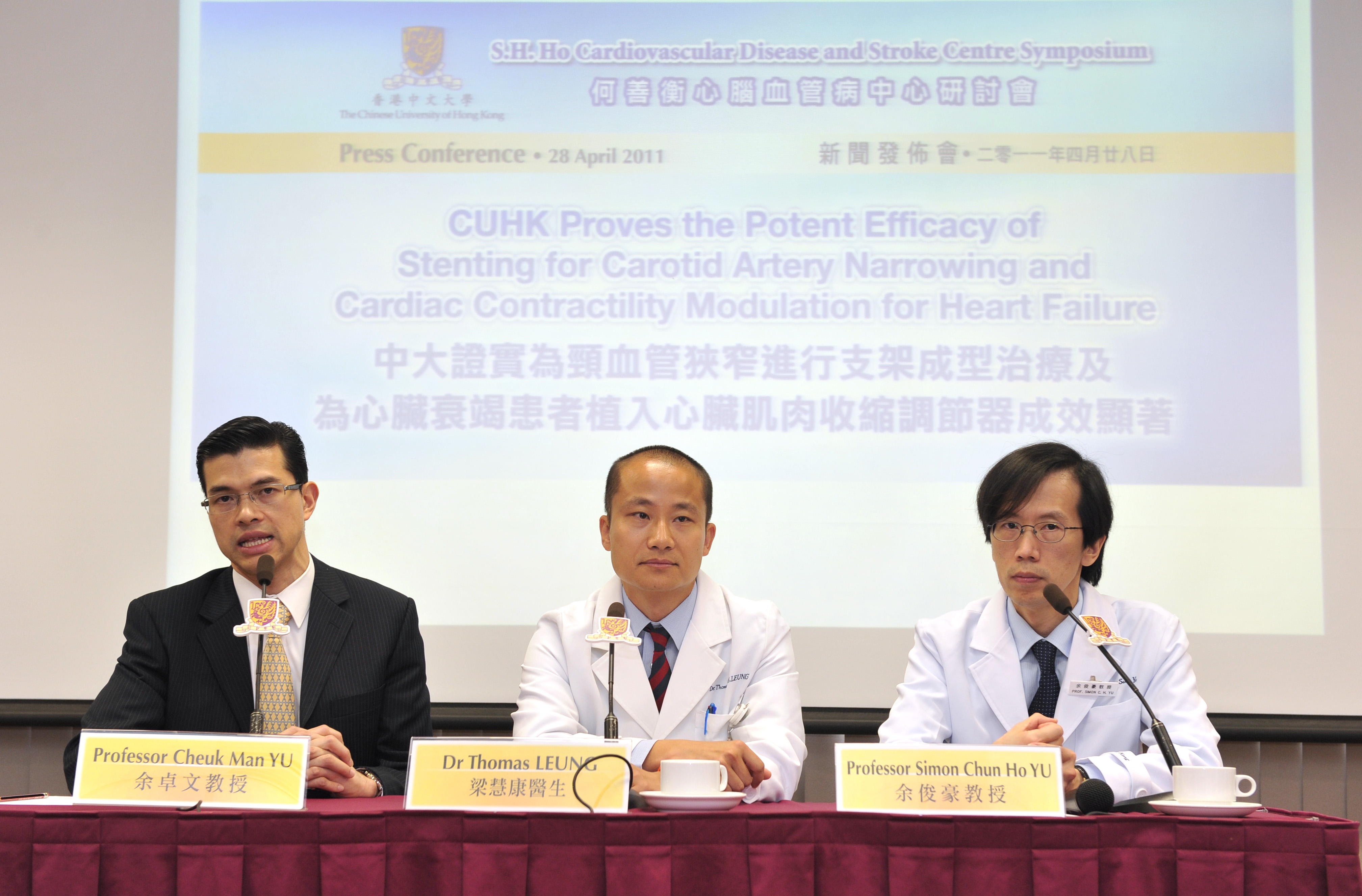 This series is the largest report of stenting of the neck vessels in Hong Kong with one of the best safety record for this procedure in the world. Among the patients who received the treatment, atherosclerosis is the most common cause of narrowing and was found in 150 patients while radiation-induced narrowing, usually after treatment for nasopharyngeal cancer, was found in 65 patients. Technical success was achieved in all patients with a very low complication rate of 1.86%, when compared with the usual standard of 6% worldwide. All stented 271 lesions had residual narrowing of less than 20%.

Heart failure affects over 20 million people worldwide and there are over 1.5 million new cases every year. The medical expenses of heart failure took up 2.5-3.5% of the total healthcare expenses as a single disease, and 70% of which were used for acute worsening of heart failure leading to hospitalization. In the United States, about US$45 billion (about HK$350 billion) were spent on the treatment of heart failure every year, excluding the lost of productivity as a result of sickness.

Heart failure is caused by ischaemic heart disease, hypertension, valvular heart disease and various heart muscle diseases and is one of the most common diseases leading to hospitalization. Three-year mortality of severe heart failure is close to 50%. Survivors of acute disease may also be debilitated due to symptoms of breathlessness and lose working capacity. Heart failure patients have a weaker heart muscle’s pumping function and at later stage, their hearts will enlarge progressively, leading to abnormal blood circulation and other organ failures.

The Division of Cardiology of the Department of Medicine and Therapeutics at CUHK has introduced an implantable device for heart failure patients since July 2005, called 'Cardiac Contractility Modulation (CCM)'.  This was the first of its kind ever introduced in Asia. Unlike pacemaker, this device does not induce artificial pacing, but delivers intermittent electrical impulse to increase the contractility of the heart muscle during native contraction. CCM requires a simple operation to implant a device into the patient's body, and therapy is delivered through the two electrodes connected to the ventricle on a periodic basis for five hours per day. A major technological breakthrough of CCM is that the battery inside the implanted CCM device is 'rechargeable' externally simply by placing a portable charger over the chest for about two hours every week which can be performed easily after some training, even at home. The battery of the CCM can last at least for 10 years.

To date, 38 patients have received CCM therapy. According to Prof. Cheuk-Man Yu, the principle investigator and the chairman of Department of Medicine and Therapeutics, patients showed symptomatic improvement over a follow-up period of 48 months on average. Cardiac ultrasound (echocardiography) also confirmed the increase in left ventricular ejection fraction and favourable reduction of ventricular volume by 10%, making CCM another promising therapy for patients with advanced heart failure. 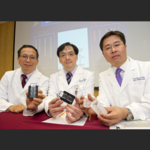