Thalassemia major (TM) is an inherited form of severe anemia resulting from a pair of defective β globin genes derived from both parents. Symptoms start at 6 months of age among TM patients. Before the advent of regular transfusion, few TM patients survived beyond age 10.

Although transfusion can prolong survival of TM patients, iron from the transfused blood will accumulate in and damage the heart, which causes cardiac failure and death by age 20. Since 1970s, iron chelation drugs (deferoxamine injection) have postponed such deaths to beyond age 40. The latest advance is the judicious use of oral chelator deferiprone (DFP or L1) treatment guided by magnetic iron resonance (MRI) T2* cardiac iron monitoring. Such measures have largely eliminated thalassemia cardiac deaths in many parts of the world.

Since 2006, the Department of Imaging & Interventional Radiology at The Chinese University of Hong Kong (CUHK), with the support from Children's Thalassemia Foundation, has provided such MRI assessment for all TM patients in Hong Kong. A cohort of 10 volunteers was scanned both in CUHK and London to calibrate the first and the only validated scanner in Hong Kong. The iron contents in the heart and liver (and the pituitary / pancreas with novel algorithms) are measured accurately by a T2* value (lower T2* numbers indicate higher iron content). Subsequently, all TM patients in all hospitals in Hong Kong were scanned by the scanner in CUHK. The concerted effort of all hematologists in Hong Kong to use the results to guide treatment has virtually eradicated cardiac death among TM cases. 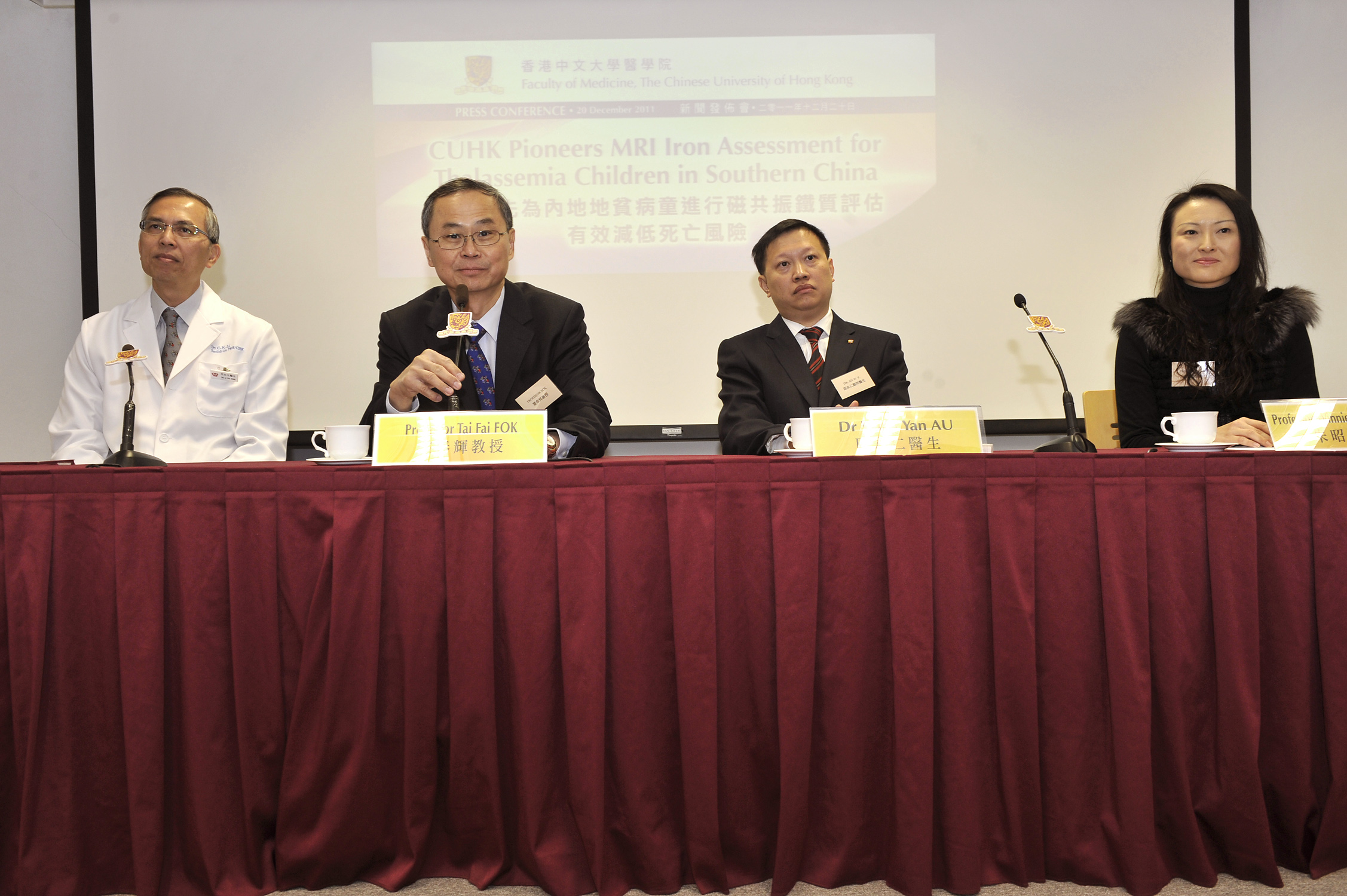 Just across the border, Southern China (including Guangdong and Guangxi) has the world's largest TM patient population, running close to millions. However, patients and their parents are not sufficiently aware of the looming and fatal risks of heart iron load. An accurate MRI monitoring which can bring about effective treatment is urgently needed.

CUHK MRI team has provided free MRI cardiac analyses to 153 young TM patients (median age 13) from 6 hospitals in Shenzhen, Guangzhou and Nanning in 2010. This is the first ever large-scale research on iron loading and risk of death in mainland thalassemia children.

In this very young cohort, nearly 40% of cases had abnormal cardiac iron loading, of which 24% are at immediate risk of death, starting at age 9 (among the youngest documented in the world). Iron overload was also prevalent in the liver (95%), pancreas (85%) and the pituitary (23%). A high percentage of undiagnosed iron overload means that rational iron chelation strategies cannot be implemented. If not remedied, premature cardiac failure and death is inevitable in 5 to 10 years. Drawing from the experience in Hong Kong, early scanning and subsequent triaging of treatment can prevent these young deaths.

CUHK believes that a structured MRI programme will be useful and cost-effective for thalassemia children and teenagers in China. Such data will help mainland practitioners to risk-stratify TM cases by iron load and triage them to proper treatment intensity. Such knowledge and measures are expected to bring huge relief to a large number of patients and their families. 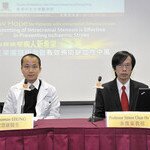 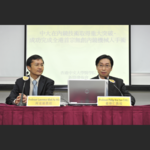