The Faculty of Medicine of The Chinese University of Hong Kong (CUHK), together with the Shenzhen University School of Medicine and State Key Laboratory of Respiratory Disease in Guangzhou, has recently made a groundbreaking discovery about the draft genome of Dermatophagoides (D.) farinae (one of several dust mite species) and the microbiota components inside their gut, casting new light on the diagnosis of and interventions in inhalant allergies. The results have been published in the Journal of Allergy and Clinical Immunology, a leading international peer-reviewed scientific journal in allergy, and this work has been selected as the Editors' choice in this issue.

Allergy, a hypersensitivity disorder of the immune system triggered by normally harmless substances in the environment, is usually developed during childhood. Respiratory allergies are incurable, and have become one of the major public health issues worldwide. Taking China as an example, there are over 30 million people suffering from asthma and more than 50 million from allergic rhinitis, and their occurrence as well as mortality rates are on the rise. According to the International Study of Asthma and Allergies in Childhood, the prevalence rates of asthma and allergic rhinitis among Hong Kong schoolchildren were 10% and 40% respectively, while on average there is an asthmatic patient in every 20 Hong Kong adults. These patients need long term medication to alleviate their airway symptoms. Allergic disorders are not only hazardous but they also pose huge financial burdens on families and society at large.

The research team led by Professor Stephen Kwok Wing TSUI, School of Biomedical Sciences, CUHK, joined by Professor Zhi Gang LIU's team at the Shenzhen University School of Medicine and Professor Nan Shan ZHONG's team at the State Key Laboratory of Respiratory Disease in Guangzhou, spent three years on an intensive study on dust mites which eventually depicted the draft genome of D. farinae and the microbiota components inside their gut.

"Sixteen-thousands genes are found in the D. farinae genome, which is 70% of that of humans, while there are approximately 54 million genetic codes uncovered, which is far less than the three-billion codes of the human genome. This reveals that the high genomic density and complexity of the species are far beyond previous estimation," said Professor Tsui.

It is found that over 70% of the allergy cases are triggered by dust mites. However, the dust mite is tiny and cannot be observed with the naked eye and is extremely difficult to culture in a laboratory environment. The reason behind the correlation between dust mites and allergy has been kept unknown for years. Thus, the latest findings mark a key milestone in the research related to inhalant allergy studies, their diagnosis, as well as intervention.

Through the verification of serum collected from allergy patients, the joint research team discovered eight novel allergens from the D. farinae genome. One of these newly found allergens has been named as Der f24 with the approval of  the Allergen Nomenclature Sub-committee of the World Health Organization and International Union of Immunological Societies. "Varieties of bacteria which have not been reported as dust mite-related were detected in the body and gut of D. farinae, in particular the Enterobacter." Professor Tsui added. "These residential bacteria inside D. farinae are potential allergens that induce inhalant allergy after they are excreted. It is very probable that this discovery will become a new trend in allergy study."

Professor Ting Fan LEUNG, Chairman of CUHK Department of Paediatrics further elaborated that although inhaled and intranasal corticosteroids, the current first-line controller drugs for asthma and allergic rhinitis, can effectively inhibit a patient's airway inflammation, such treatment is unable to cure the hyperactive immune responses induced by dust mite allergens. Moreover, the use of high-dose corticosteroids can lead to undesirable side effects for the patients.

"The most common inhalant allergen in Southern China is D. farinae, which affects nearly 90% of Hong Kong asthmatic children," said Professor Leung. "Dust mites are often found on our beds, hence we advise parents to wrap allergic children's pillows and mattresses with dust mite-impermeable covers, regularly cleanse with acaricides and change their linen every week, wash all bedding with warm water of over 55°C at least once every ten days, remove dust-provoking objects such as furry toys and carpets, or conduct frequent indoor cleaning using vacuum cleaners for mattresses and carpets (if they cannot be removed). These measures will help to improve disease control and reduce asthma exacerbations by lowering exposure to dust mite allergens."

The joint research team hopes the genomes and structure of dust mite allergens will enable medical researchers to develop more accurate dust mite-specific immunotherapy, to save patients from allergic reactions induced by the dust mite allergens, and to achieve an effective, long-lasting and safe asthma and allergic rhinitis treatment. 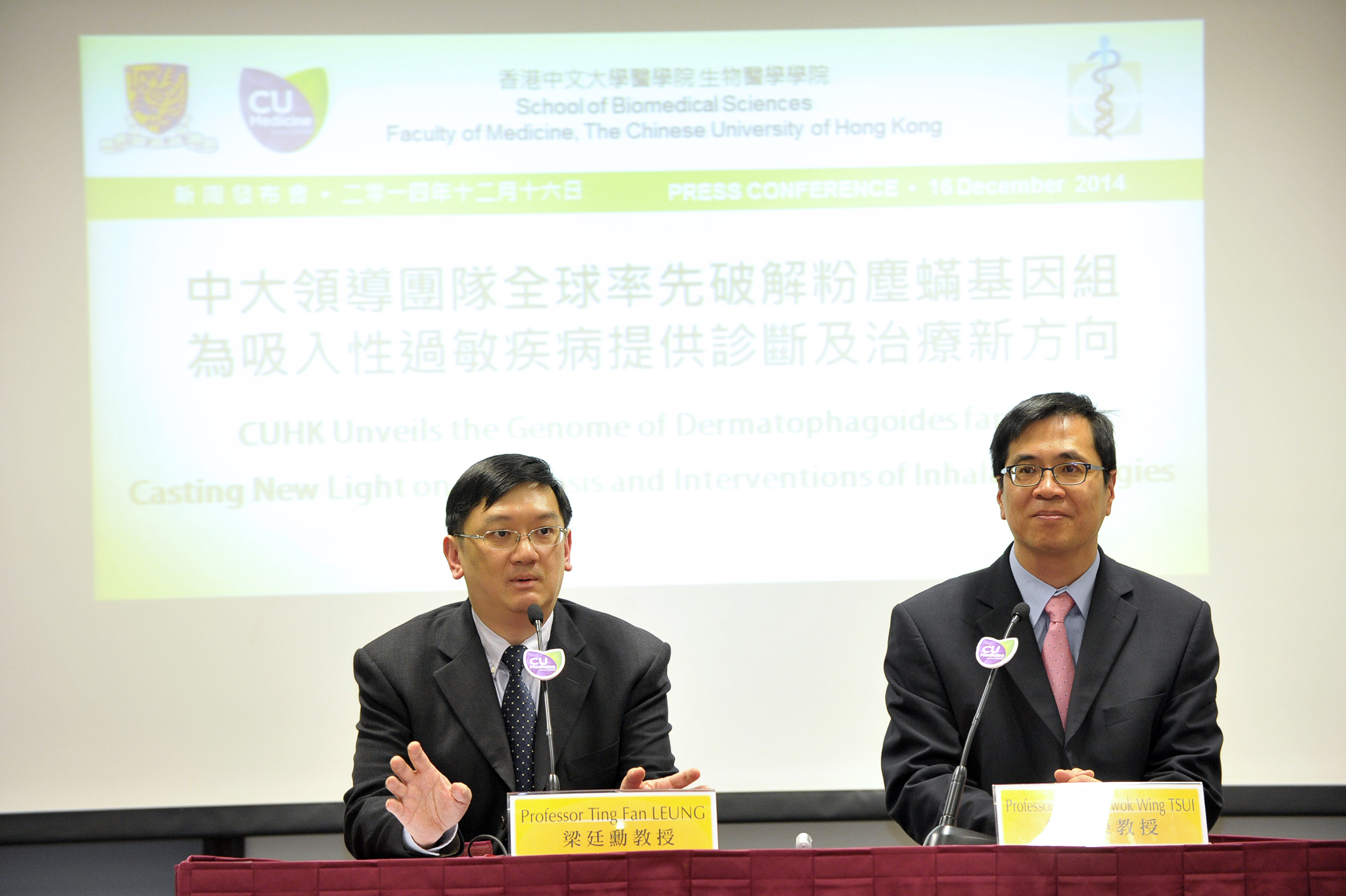 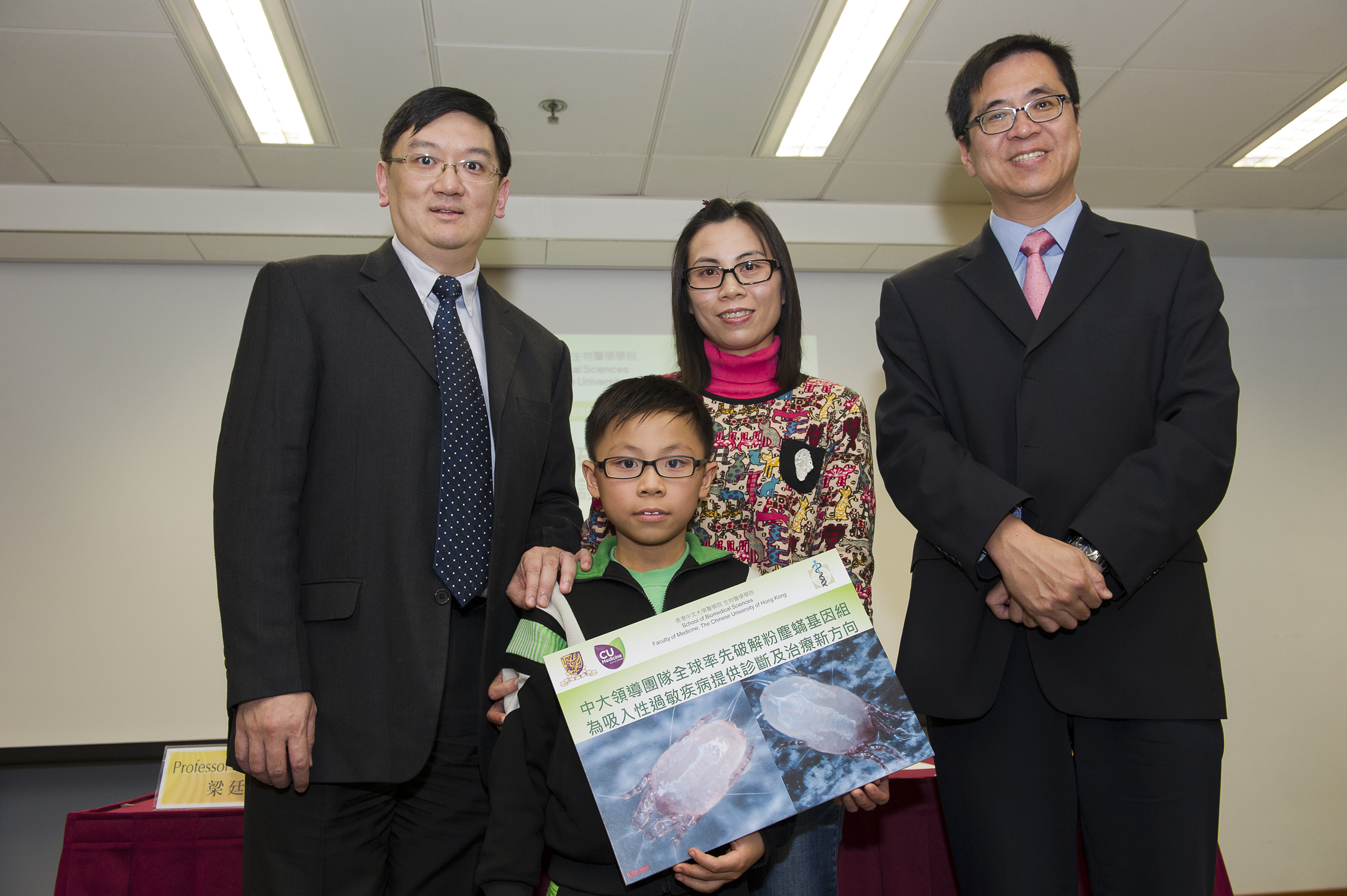 Respiratory allergies are incurable. Ms Sze (2nd right)’s 9-year-old son (2nd left) who suffering from asthma has to get medication ready at any time to reduce immune responses. 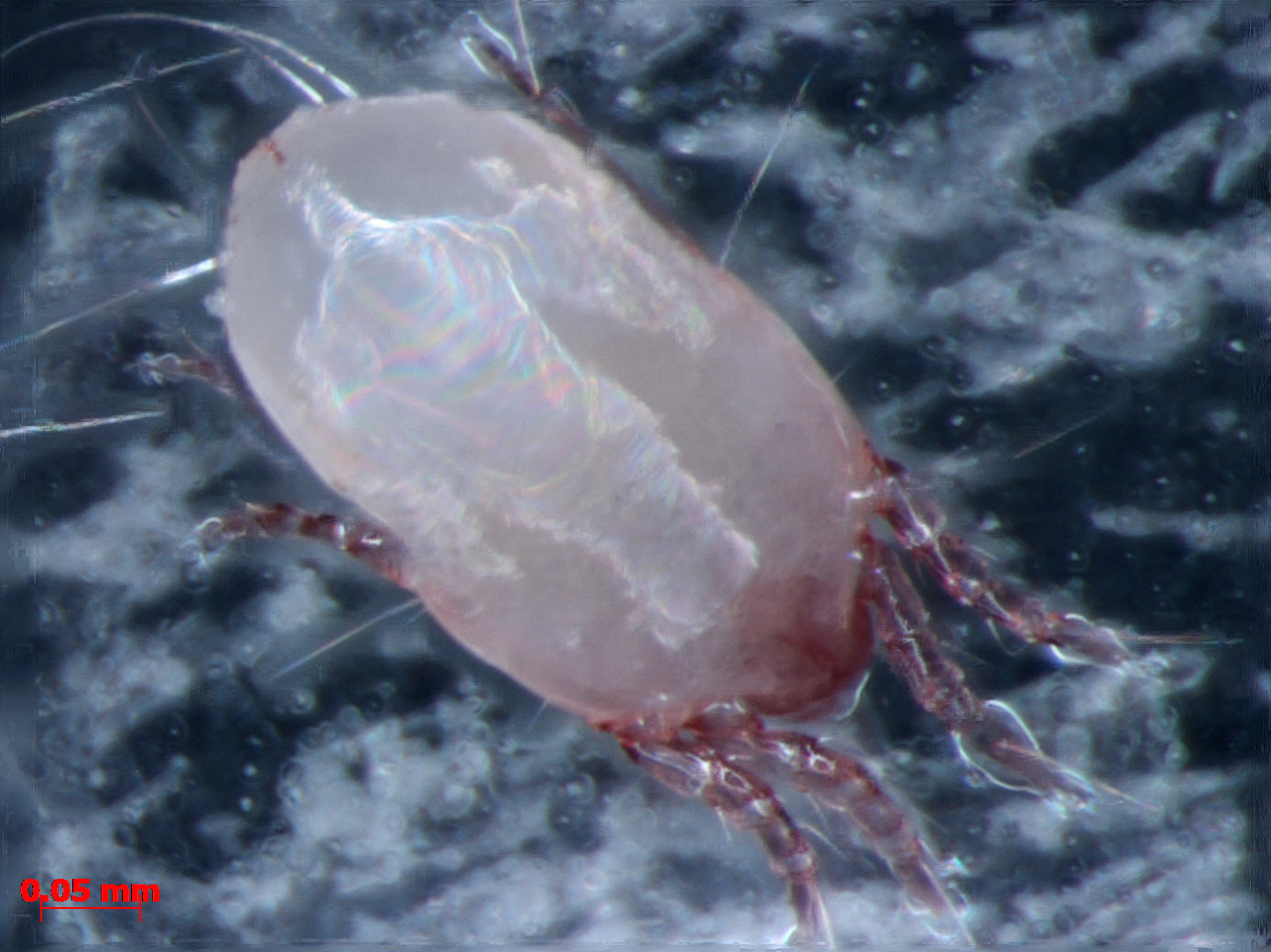 Dermatophagoides farina is the most common inhalant allergen in Southern China which affects nearly 90% of Hong Kong asthmatic children. 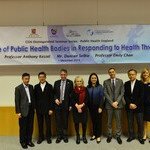 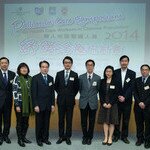