Bowel cancer is the second cancer killer with 4,000 new cases per year in Hong Kong.  Its incidence is on the rising trend and most of them are developed from pre-cancerous lesions.  Screening can effectively prevent bowel cancer. Fecal occult blood tests and colonoscopy are commonly used screening tools.

The CUHK Jockey Club Bowel Cancer Education Centre offered a screening programme from May 2008 to June 2011, over 11,000 Hong Kong registered citizens were preliminarily eligible.  From over 8,000 recruited participants, a total of 7,914 subjects aged between 50 to 70 years received bowel cancer screening.

From 3,343 participants who had undergone colonoscopy, 985 (29.5%) were diagnosed as having adenoma or advanced neoplasm which can be developed into cancer, and 12 (0.4%) had bowel cancer; one of them was diagnosed as metastatic stage IV cancer and died afterward. Among 4,571 people who received fecal occult blood tests, the annual compliance rates at year one, two and three were 97%, 84% and 75%, respectively.  'These screening compliance rates are much higher than those in most Western countries,' said Professor Joseph Jao-Yiu Sung, the Founding Director and Honorary Consultant of the centre. 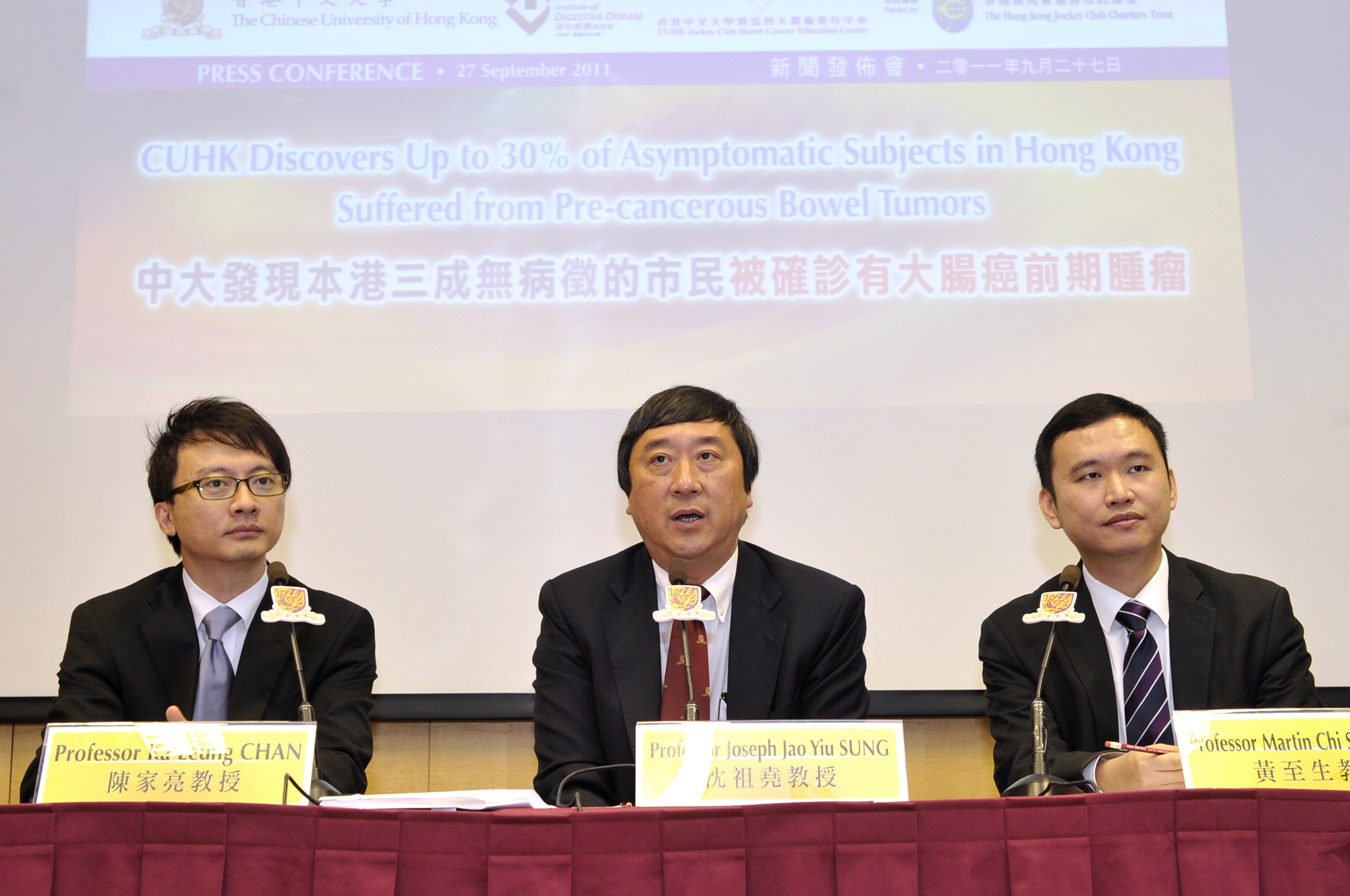 Approximately 35,000 Hong Kong citizens have enrolled in the programme since its commencement. This reflected a great demand on bowel cancer screening in the population. The screening is effective to detect pre-cancerous bowel lesions among asymptomatic subjects 'During the period, there were only three subjects who developed severe complications after colonoscopy; all of them recovered well afterwards.  This reflected that bowel cancer screening is a safe procedure with low complication rate,' said Professor Francis KL Chan, the Honorary Director of the Centre.  Professor Chan also suggests that fecal test is a more convenient option of screening which is accurate, acceptable and has high compliance among screening participants.

The Centre is now going to recruit additional 2,000 eligible subjects between 50 and 70 for bowel cancer screening. Participants can register for the cancer screening programme at the website of the Centre or via a 24-hour automated telephone system. A manned inquiry hotline will also be set up for the elderly who are not familiar with the website or the automated telephone system.

The Institute of Digestive Disease at CUHK launched a five-year 'Bowel Cancer in Hong Kong: Education, Promotion and Screening' project and inaugurated the CUHK Jockey Club Bowel Cancer Education Centre with the generous donations from The Hong Kong Jockey Club Charities Trust in May 2008. The Centre provides health education, supports people who are at risk of bowel cancer, and reaches out to the communities through its resources, events and partnerships with other health organizations. The Centre hopes to get the message across that early detection and prevention of bowel cancer can save lives. 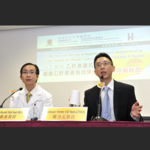 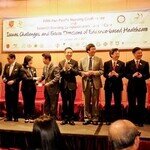